Pikmin is one of Nintendo's most beloved franchises, even though we're only just reaching the third title. Now, nine years after the release of Pikmin 2 fans have a brand new title to play, bringing with it new controls, graphics and Pikmin.

Players can choose between the GamePad, Wii U Pro Controller or the Wii Remote and Nunchuck, with the GamePad turning into an interactive map if you go for the latter. Anyone who played the Wii version of Pikmin 2 will feel at home with Pikmin 3, as the Wii Remote/Nunchuck is used in the same way (movement done via the analogue stick, aim using the motion sensor etc). If you are using the GamePad, it acts as a stretched Wii U Pro Controller, with the captain controlled using the left analogue stick and aiming done using the right one. 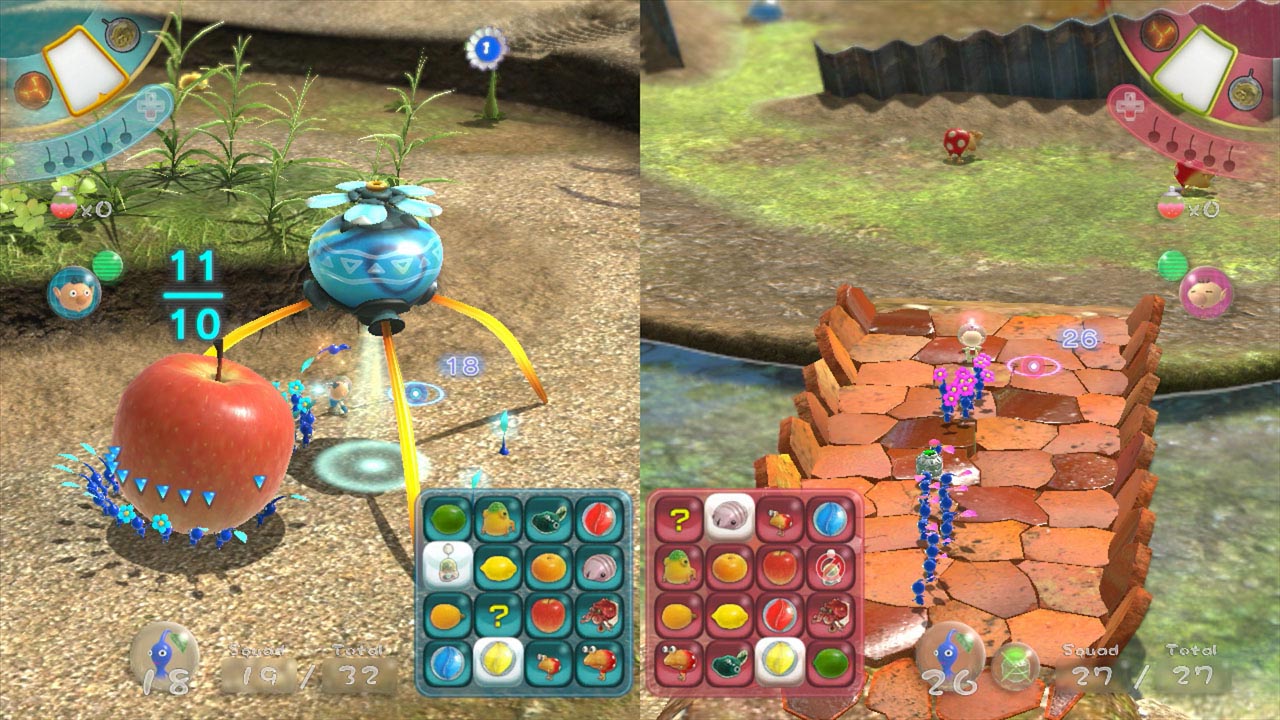 The demo version we played contains two of the three modes; Mission Mode and Bingo Battle. The Story Mode was not available, presumably so that the storyline itself isn't ruined. Mission Mode is a set of challenges that you can compete, while Bingo Battle sees you and a friend recieve a 4x4 bingo card with 16 items on, with the goal being to collect four-in-a-row.

The Bingo Battle mode is brand new to Pikmin 3, offering a new way to play. One player uses the GamePad while another uses the Wii Remote and Nunchuck, although both play in the same location (there is a choice of around half a dozen locations). What may seem like an easy premise at first soon becomes challenging when you realise that you must choose a line early or risk losing out.

When playing the Mission Mode I was challenged to earn 800 coins (with each item being worth a certain amount of coins) within seven minutes. At first it seemed relatively easy, but I soon realised five minutes had passed without me really noticing. Much like the Story Mode in previous titles, you could quite easily find yourself conflicted between wanting to achieve your goal within the allotted time and just wanting to explore. 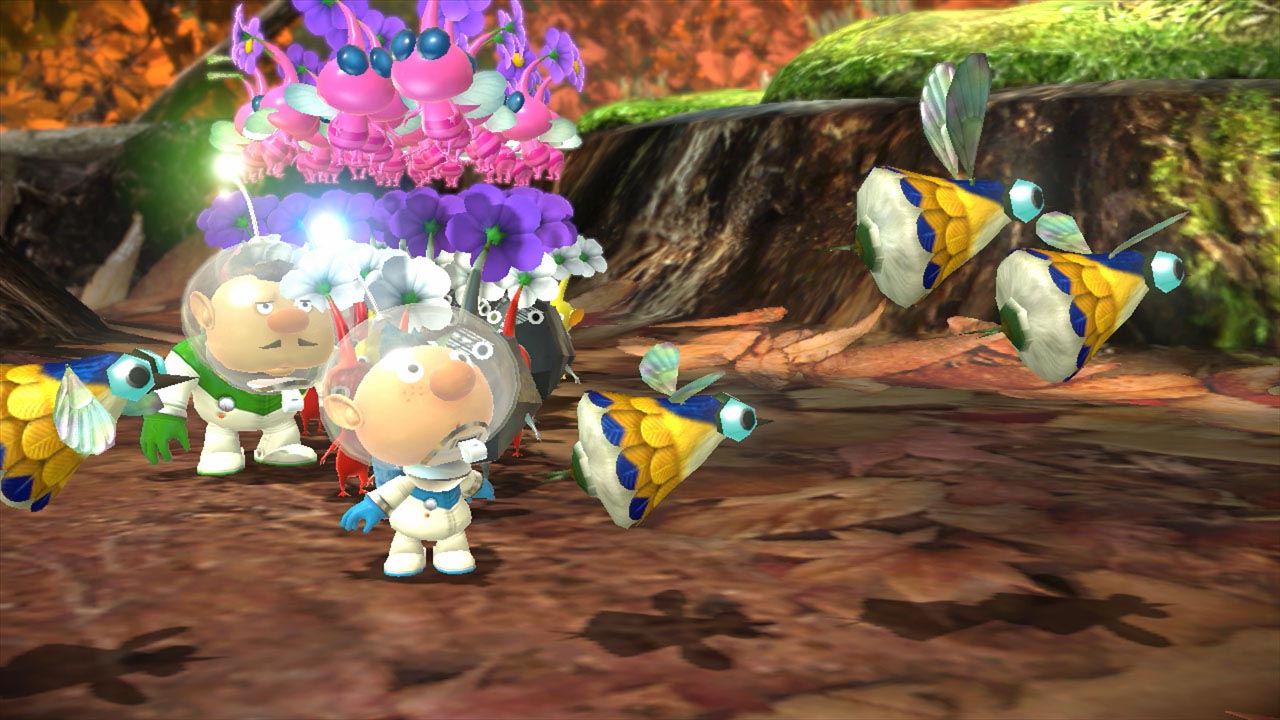 New captains and Pikmin are promised for the final game, although we only got a chance to try the rock Pikmin. These new Pikmin are designed to be stronger at breaking things up, and are the only ones that can break crystals in the game.  The other confirmed new Pikmin are the pink flying ones, but unfortunately we could not try those out.

Regrettably the demo we played was short and time-limited, but the heart of the series was evident. Fans have been crying out for a Wii U game to sink their teeth into for a while, and when Pikmin 3 launches at the end of July you can be sure it will keep you occupied for some time.

Anyone who smiles when they remember the "Piiikmiiin" sound from a decade ago can rest assured that Pikmin 3 delivers the same splendor that the origins did. All the charm, challenge and cuteness of Pikmin 1 & 2 return, all in glorious HD.