We’ve already been blessed with a fair amount of new Pokémon for the upcoming Pokémon titles Scarlet and Violet, including legendaries, starters and a few in-between! Now, we get a look at a brand new Pokémon based on the animal aye-aye.

Grafaiai is the new tree dwelling Pokémon that will lure in other monsters with its berry-infused graffiti – ready to give series veteran Smeargle a run for its money.

In the new trailer, an intrepid explorer sets up a series of cameras in a bid to catch a glimpse of this mysterious new creature.

Grafaiai is a moody Pokémon with a fastidious disposition. It doesn’t form packs, preferring to roam alone. It’s constantly caught up in territorial struggles with other Pokémon.

As well as that exciting reveal trailer, we also have a glimpse of the game and Grafaiai in action:

Grafaiai is one of many new monster reveals that has caused waves on the internet, following similar fan-fare as LeChonk and the seemingly bread/dog Pokémon Fidough! Pokémon Scarlet and Violet release worldwide on November 18th. 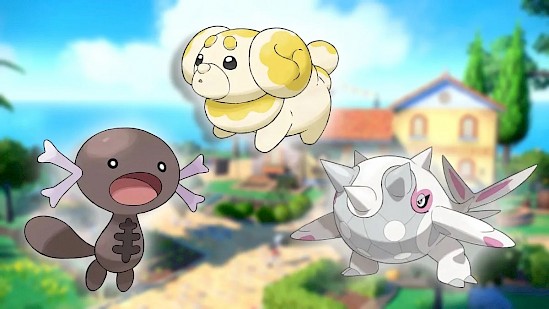