After a hefty delay and nothing but a cast reveal, we will finally be getting our first glimpse at next years Super Mario Bros. film, which is set to release April 7, 2023.

Revealed on Twitter via New York Comic-Con and reiterated by Nintendo, the film will have its first teaser trailer premier on October 6th. Be sure to stay tuned to N-Europe when it happens.

Up until this point, information about the film has been very quiet, and unlike most films releasing within a year, still hasn’t seen a teaser trailer, let alone anything else.

The film is a joint venture between Nintendo and popular animation studio Illumination, who are responsible for such titles as Minions and The Secret Life of Pets.

The Super Mario Bros. Film (temporary title) has been in production since 2018 and was due to release December of this year until an announcement in early 2022 confirming the delay to April of 2023.

Given the cast reveal, which has Mario played by Chris Pratt and Donkey Kong played by Seth Rogan, among others, people are unsure what to expect, but given Nintendo’s previous 90’s Mario movie blunder, they are working closely with Illumination to make sure this title has a positive reception.

Creator of Mario and director of many of the biggest Nintendo titles, Shigeru Miyamoto, is closely overseeing production of the movie.

We’ll know more come this October, so until then, dust out that Super Mario Bros. VHS and pray for a better tomorrow. 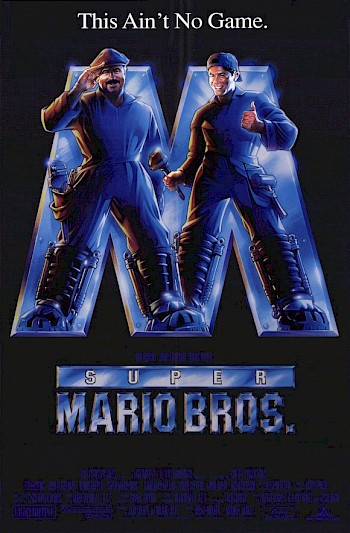