In 2013, creator KING Art Games launched a Kickstarter campaign to help fund the creation of Battle Worlds: Kronos, a turn-based strategy game with a focus on single player. The fact that the game is out now on the Nintendo Switch may already give you the answer to the question: “Was the Kickstarter a success?”. Originally planned and released for PC, the game has now been ported to a plethora of platforms, and the Switch joins that list in 2019.

The turn-based strategy genre is not that big on consoles, so in theory Battle Worlds: Kronos is a welcome addition to the Switch’s library. The makers state that they have drawn inspiration from games such as Battle Isle and Advance Wars, so that makes for a promising start. 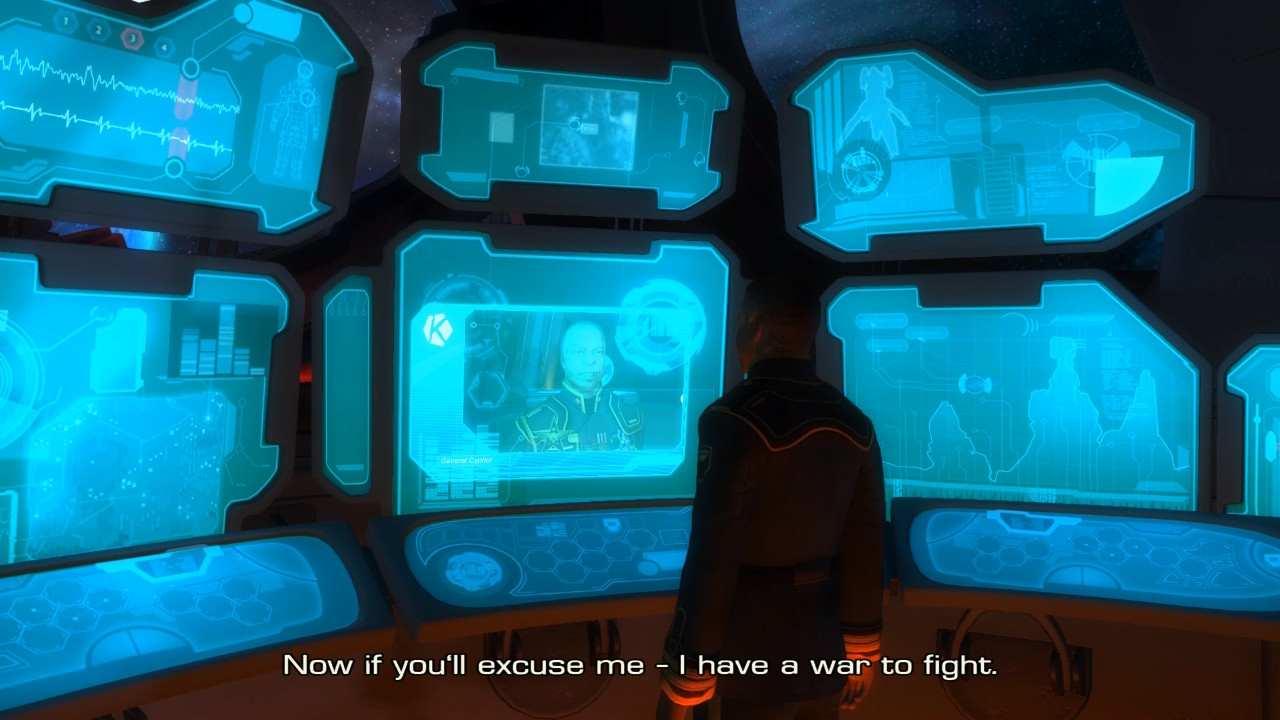 In Battle Worlds: Kronos, various factions are battling for control over the planet Kronos, which is in need of a new emperor. Battling for a resourceful planet immediately makes me think of Dune, which is as good an inspiration for futuristic strategy games as any. What’s interesting is that there are various campaigns, which have a different viewpoint on the same war.

At the very start of your first campaign you get a warning about the difficulty of the game, and that it is a good idea to pay attention to the various tips and tricks in the tutorial. It feels a bit off, belittling even, to get slapped in the face with such an announcement. The quality of a game designer should come from the fact that you have a good balance and learning curve, instead of this “you snooze you lose” kind of messaging.

And yes, the game is difficult, but luckily the Switch version is the latest one, and has received several quality-of-life improvements. There are 3 difficulty settings (which influence the percentage of damage you deal vs. what your opponent deals). It is also possible to airdrop additional units once every 10 turns if you are in some dire need of reinforcements. 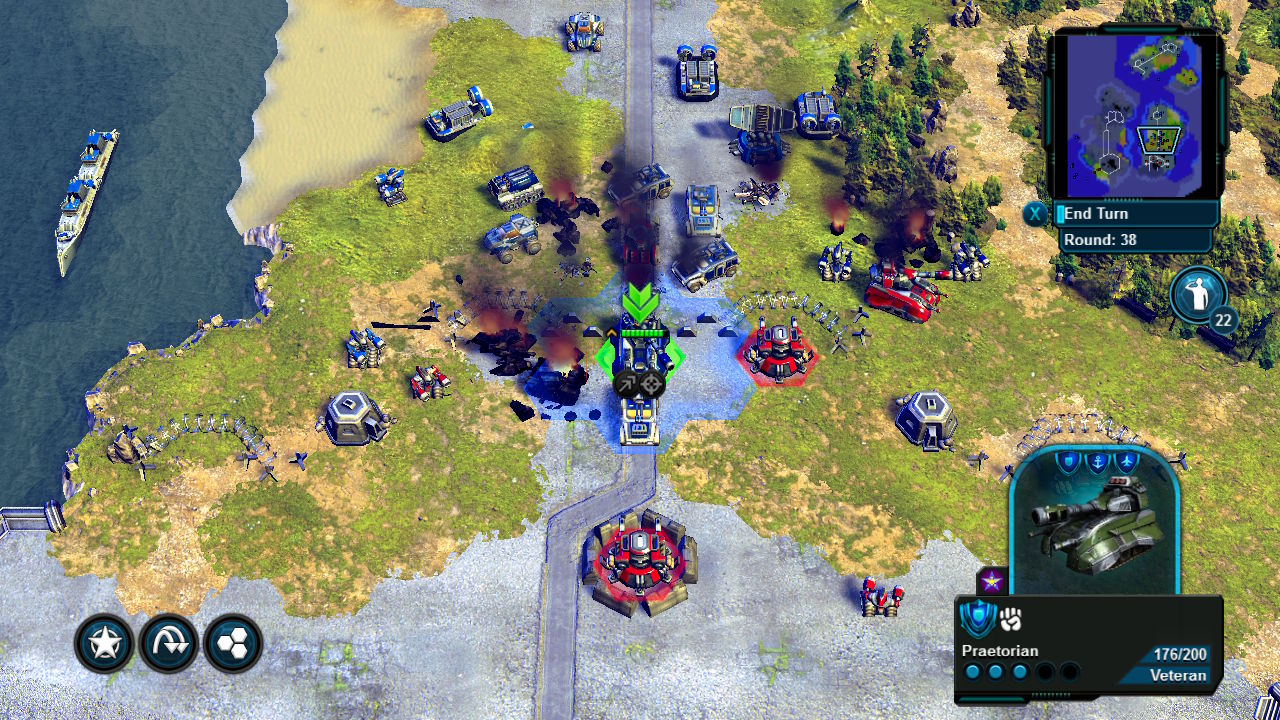 Which brings us to the gameplay of Battle Worlds: Kronos. As mentioned before, this is a turn-based strategy game, which means you make your turn, and then the opponent makes his. Battles are fought on a hexagonal grid (as you may know from games such as Civilization VI). Strategy-wise this is a great move, as it adds more depth and freedom of movement compared to square tiles. You control a number of futuristic vehicles of war, from light infantry-bots and trikes to heavy tanks, submarines, ships and airplanes.

In your turn you move your units around the map, as in a big game of chess. Every unit can perform two actions: Usually one is move and the other is attack, but there are also units which have a joker turn which can be used to attack, or to move again. These latter ones are great for scouting ahead, as you never know what may be waiting for you in the fog of war. Succesful attacking or defending can lead to a units promotion, given you the option to choose a perk such as repair unit, increase damage or better movement. Enemy structures can be captured by attacking them with infantry, in the same way as in the Advance Wars series. If a building is yours you can use it, and a lot of campaigns focus on gaining control of enemy buildings and eventually their main base.

Being a turn-based strategy a lot of the game is about moving your units around the field, and micro-managing your structures. Being not only a console but also a PC gamer, I sometimes struggled with the controls when playing with the Pro Controller. For example sometimes instead of clicking on a unit to attack the cursor would “slip” of it and I would move to an adjacent tile instead. And there is no undo button. Ouch. I’ll take a mouse for these types of game any day of the week. 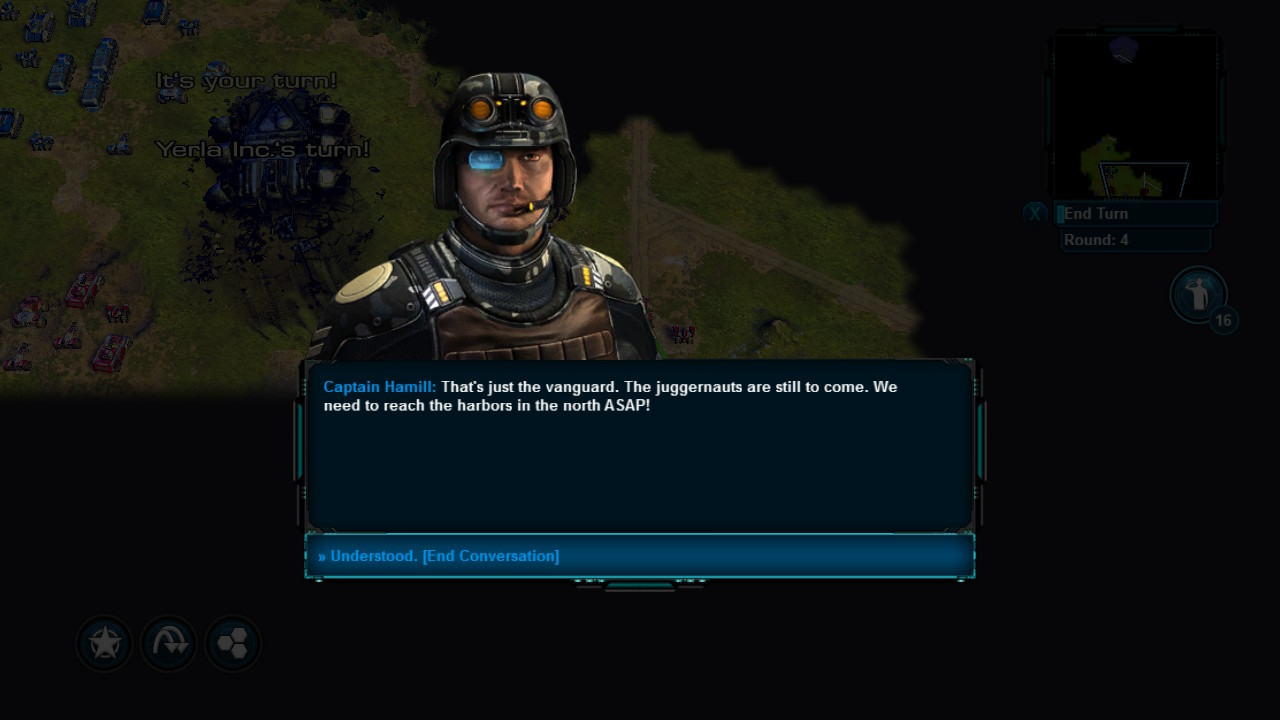 Luckily Battle Worlds: Kronos also sports touch-screen controls. This works very well, and makes moving units around feel a lot more intuitive. The smaller size of the Switch’s screen was my main drawback to playing only handheld though. You can easily zoom in and out with the shoulder buttons, but that becomes a hassle after a while.

Battle Worlds: Kronos is a slow game. Moving all your units around, most of them which can perform 2 actions, takes a bunch of time. Micromanaging your buildings adds to that time, as the game gives not much notifications if a unit is repaired, or construction of new units in a factory is complete. You have to actively select your factory, choose unload to get the unit out of the factory and then wait another turn before it can move. In addition you don’t have a big stock of resources, but each structure has its own. If you need to move resources you have to roll a transporter into a building, put in the amount of resources you want to transport, unload the transporter, drive it to the other building, load it in, and put in the amount you want to transfer from the transporter to the building. In the later missions you have a fair share of resource-managing to do, which makes this a cumbersome task. In that regard Battle Worlds: Kronos is a hardcore title: if you are not into turn-based strategy games this is not a good game to start, and even if you like the genre (like me) there could have been a lot of streamlining done in terms of gameplay.

The control scheme as well as the pace of the game make it a game that is difficult to play in long sessions. This wouldn’t have been a problem if missions would have been short and sweet. Missions, however, are long. A single mission can take hours, with various goals changing on the go. Losing a game in a later stadium of a mission is frustrating knowing you have to do it all over again. I started using the save function obsessively to be able to load back to a certain point in the match. Jumping back in a mission after playing something else in between means you have to figure out what you were doing again. The AI also takes its time making moves, slowing the game down even more. 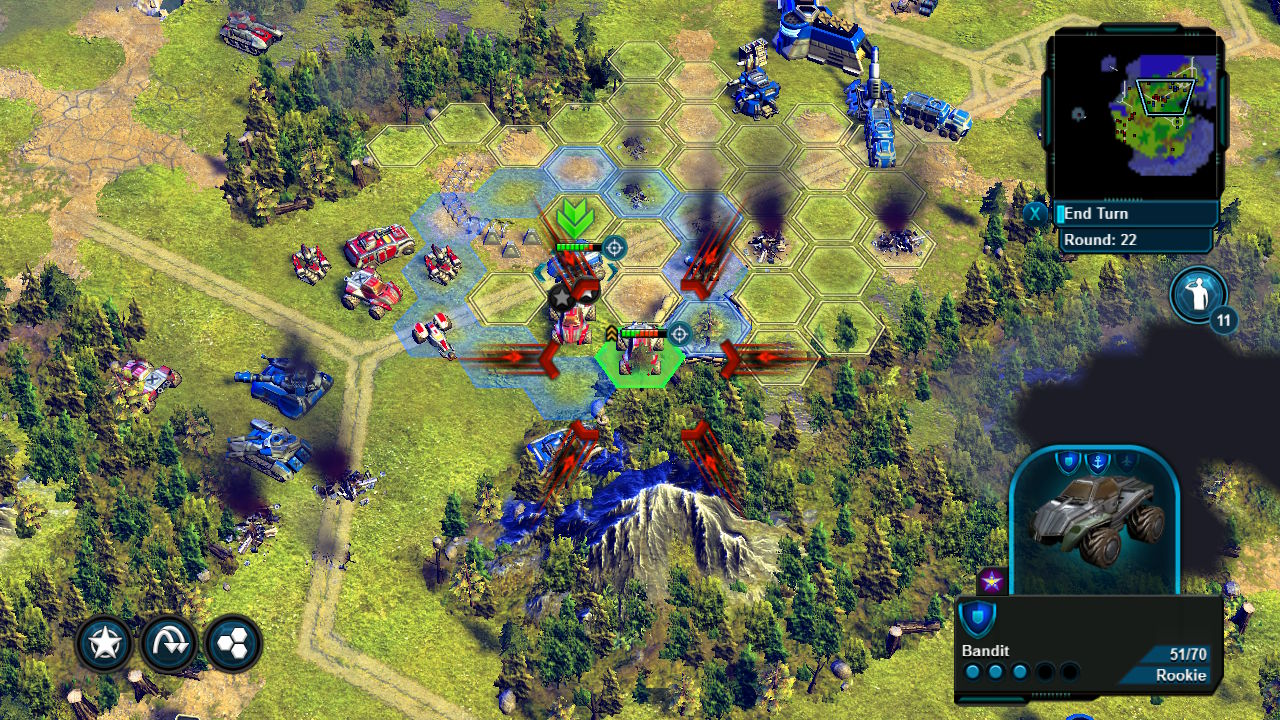 If the story was very gripping that would make up a lot, however it isn’t great. The dialogue is quite heavy and moody, and I found it difficult to sympathize with the character cast. On the other hand the game tries to be humorous, as can be found in the unit descriptions (a particular naval unit’s description is the Jaws theme typed out). All factions use mostly the same units, and their models are good but look very similar. All this combined doesn’t give Battle Worlds: Kronos a face of its own, and makes it a bit bland. Especially compared to games like Advance Wars and Wargroove, or in the real-time strategy space genre: Starcraft.

The game does have a great longevity though, if you can sit through. There are numerous campaigns, there are extra single player missions and there is a local hotseat mode. The Switch version does not have the PC's online or asynchronous online though. But the single player can last you for dozens and dozens of hours.

Battle Worlds: Kronos is a title only meant for the hardcore turn-based strategy player. Missions are long and there is plenty of micro-managing that needs to be done. The port to the Switch has been done well, as the game can be played both with a controller or with the touchscreen. No online multiplayer is a miss, but a very lengthy single player campaign makes up for it. Unfortunately the game's story, units and characters are a bit bland, which combined with the slow pace, may make this game hard to plow through.