From publisher Ratalaika Games comes a steady stream of budget eShop titles. Usually these games fall below the €10/£8 price point and can often been found even cheaper in a sale. Delta Squad is one of their newer additions. This twin-stick shooter is developed by Eskema Games, a small studio hailing from Spain.

In this 1-to-4 player co-op game our world has been affected by a virus, set loose by an evil dictator. You are part of the taskforce to take down the opposition and find the antidote to restore peace to the world. You do this by traversing one of five levels, which can be taken on in the order of your choice.

Each player can pick a class of soldier, with 4 types to choose from. Each one has a different main and a different secondary weapon. Infantry and Heavy class rely on firepower, where Medics and Engineers are more for supporting and tactics. It is then up to you and your team to finish a number of objectives (like taking down a certain amount of enemies or disabling com stations), culminating in a search and boss fight in a secret laboratory. 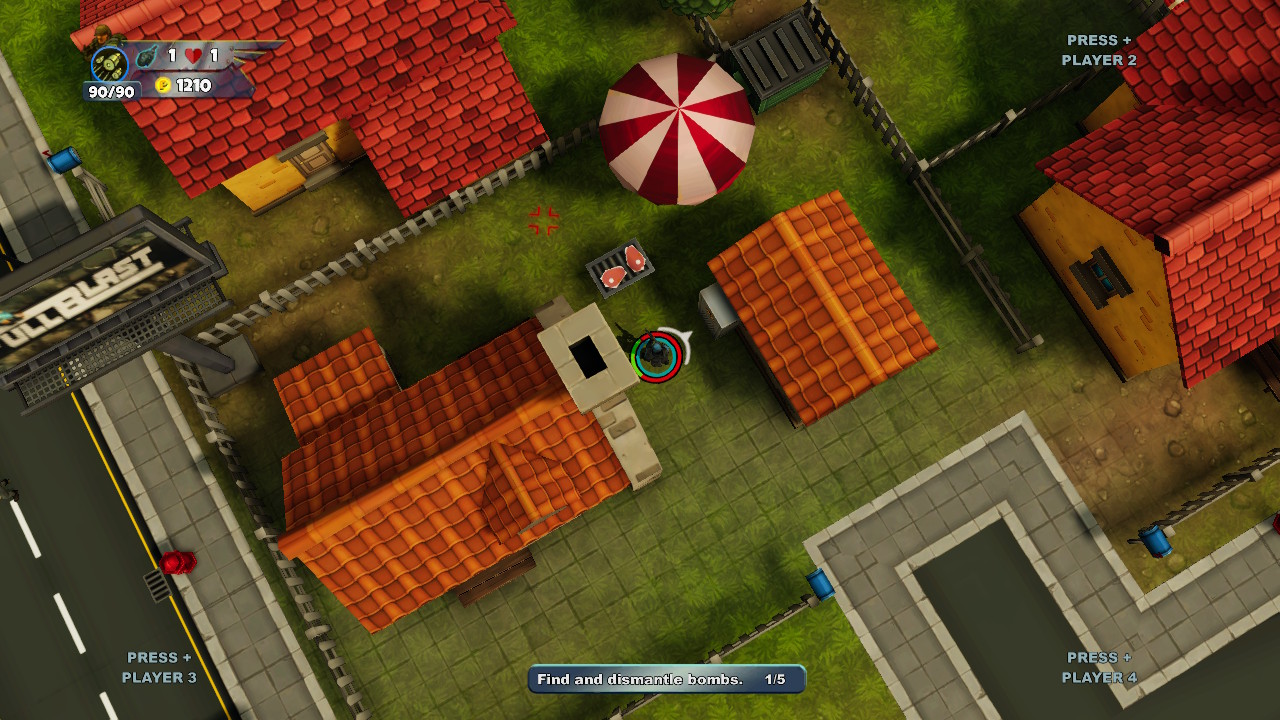 Yes, this is a zombie game and yes, that looks a lot like the Umbrella logo. But no, this is not the new Resident Evil co-op game.

One of the most important things in a twin-stick shooter is the handling of your character. And here comes the biggest issue of Delta Squad. It just does not feel smooth. Characters move way to slow, both the enemies and your soldiers. It feels like it takes ages to walk around, and that is not what you want in a fast-paced genre like this. Never did I feel the excitement and stress that should come with playing twin-stick shooters. Dodge-rolling is done with the R button, while ZR fires your main weapon. Firing while rolling therefore is not easy as the two buttons are hard to press at the same time. There is no option to customize your input however.

With the general pacing flawed, maybe the game can be interesting because of the environments, the characters or the missions? I'm afraid not. The amount of enemies is severely limited, with about 5 or 6 different types of enemies. There are slow-moving zombies which pose no threat at all. On the other hand there are tanks and turrets, which at first feel overpowered but can easily be taking down by staying out of their range.

After completing a mission you can add points to your soldier and upgrade his power or defense, meaning you are quickly overpowered and can breeze through the rest of the levels. Graphically there is some variation in the different levels, although you can see that assets are being recycled. The game does not look half bad though, especially considering the size of the team that made it.

Unfortunately there is no way to save your progress. If you want to finish the game this means either plow through it in one go, or suspend your game until later on, but that way you cannot play anything else in the meantime. The campaign is rather short and can be finished in about 1-2 hours, but there is also an endless Survival Mode, which just is not interesting to play if you cannot save and continue a previous session. 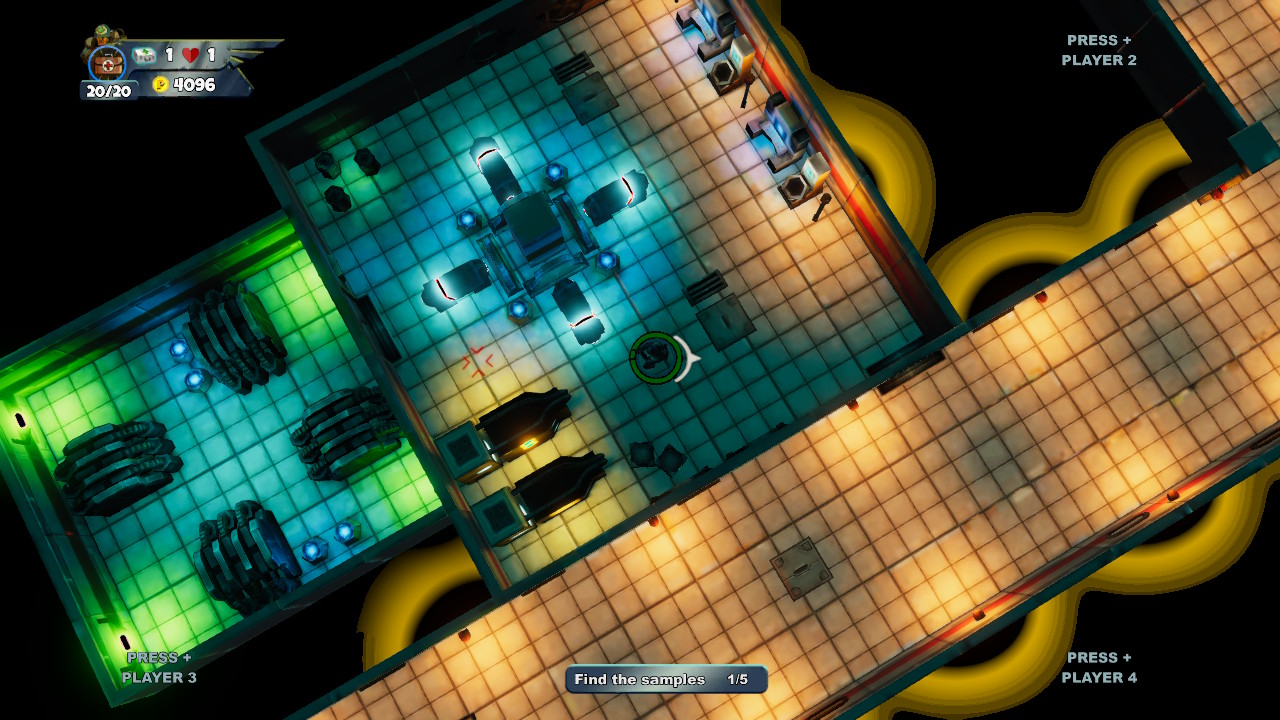 That's a lot of psychedelic colours in this lab. I wonder what kind of party drug they make here?

There are some ways to get some more challenge out of Delta Squad. Upping the difficulty is one option, and if you are playing co-op you can choose to turn on friendly fire. But once you have finished the game there is not much incentive to replay, other than doing it all again with a different character. Further I encountered two bugs in the game; one that froze the whole game and another where the game prompts you to push A, but you have to push B instead. It took me a couple of moments to figure that out and it is just sloppy. The game-breaking bug however has been fixed with an update, which is worth a mention as the team does support their game.

Delta Squad is a very barebones twin-stick shooter. There is a certain potential in it, with different classes of soldiers to choose from and a limited upgrade system. It is developed by a small team so of course there are limitations to what can be done, but stuff like a save option, configurable controls and a quicker pacing should not be too hard to implement and would majorly improve Delta Squad. With options like Assault Android Cactus +, Enter The Gungeon or Binding Of Isaac available on the Switch as well, it is hard to recommend this game.

Never did I feel the excitement and stress that should come with playing twin-stick shooters.