The Dragon Quest series is fairly new to Europe with only a few games actually available to purchase. The series is extremely popular in Japan, and with that success, it was brought to America and Europe. The first title to reach Europe was Dragon Quest VIII:The Journey of the Cursed King for the PS2. Then came Dragon Quest Monsters: Joker for the DS, and now finally the series is brought to the Wii in Dragon Quest Swords: The Masked Queen and the Tower of Mirrors. But how does the version hold up? Lets take a look.

First off, the game is somewhat on rails. You can freely move about via the D-Pad when your in your town, safe and sound, but when your on the battle field, you fend off enemies with your trusty blade and move in a straight path, which you have to move yourself by moving forard on the D-Pad. Well untill you need to make a choice about what path you want to take. It might not be the game that Dragon Quest or RPG fans want, but for one of the first RPGs out, it holds up well and can prove to be pretty fun. 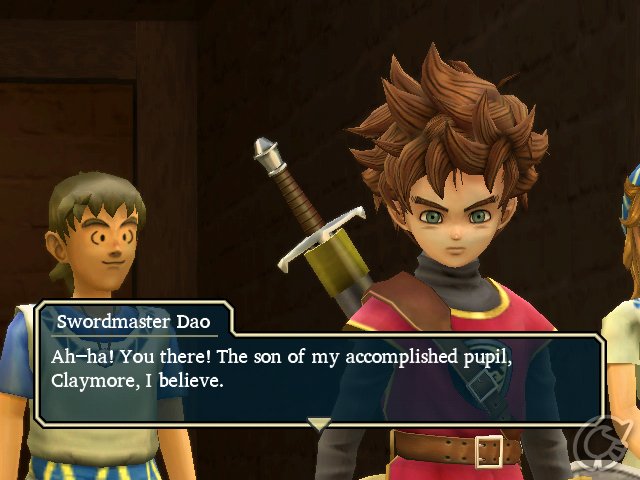 The main character has recently turned 16, and when a boy reaches that age, he must prove himself by taking the 'Walk of Worthy', which is going through a path and into a cave to retrieve an item, return back to the village and be praised for becoming a man. But around this time when you visit the Queen of your quite town, things just don't seem quite right. As the Queen sends you off on your journey, she never shows herself and acts strange around the people in her castle, including her son, Prince Anlance who wants to know whats going on. After coming back from the trial as expected more and more people get concerned with whats going on. Prince Anlance takes it up to himself to stalk his mother after she goes to a forest and seeks help. After the Prince gets rejected help from your father who helped fend off an evil being years ago (yes that's right, an RPG and story where you actually have a parent), you take it upon yourself to help find out the mysterious of what's going on with the Prince.

Over the course of the game, your party grows by gaining 3 party members, one being that gothic blonde you all stared at when pictures got release. You can have one team-mate help you out at a time in battle by setting out there attack patterns, or manually use them when you need to. You shouldn't feel down or discouraged by this fact, it's only a good thing. The game is similar to that of a first person rail game, but it doesn't mean you can have fun. With a number of enemies to fight at once, your too busy killing and levelling to care. 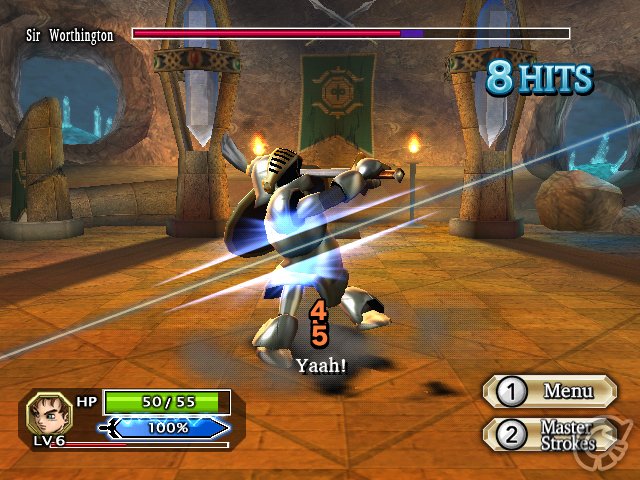 There are a few ways to attack. Obviously with your sword you can slash by swinging your sword horizontally, vertically, diagonally and by stabbing, you can also use your team mate to use magic if you feel your in trouble, or by building up your 'Master Stroke' gauge which lets you use an almighty, hellish move on your unsuspecting foes. To aim your attacks better, you move the cursor on your screen and pick a focal point to attack so when you attack or stab at enemies, your attacks will be focused around that point.

Naturally over time, the game will become harder and much more fast paced as the game progresses. You will have a fair few enemies on the screen at one time with more jumping as the fight progresses keeping you busy and happy as you swing your sword about. Though with Dragon Quest Swords, you can't swing and slash your sword to progress, you actually need to think and act quickly. You'll have attacks coming at you from far off enemies behind the ones attacking you from the frontline, so your forced to quickly change from attacking the ones in front of you to ease the situation, then quickly use your shield to fend off far off and close attacks and aiming your shield at where the attacks are going to hit, because if your not careful and you don't block the attacks, you and your party member will get hurt, and things get dire when your low on healing items and low MP. Though you need to be careful, your shield can fall apart when it gets hit. The center of the shield will never be destroyed, but the rest of the parts that make up the shield, will break if your not careful, so not only will your attacks have to be timely executed, but also your blocking. When it comes to bosses, you better make sure you have enough healing items, a near full Master Stroke gauge aswell as your party members MP. After the first boss, they're not easy to beat, so you better make sure your accuracy and precision are good, along with a lot of energy so you can swing that arm of yours faster than a speeding bullet when the boss has an opening. 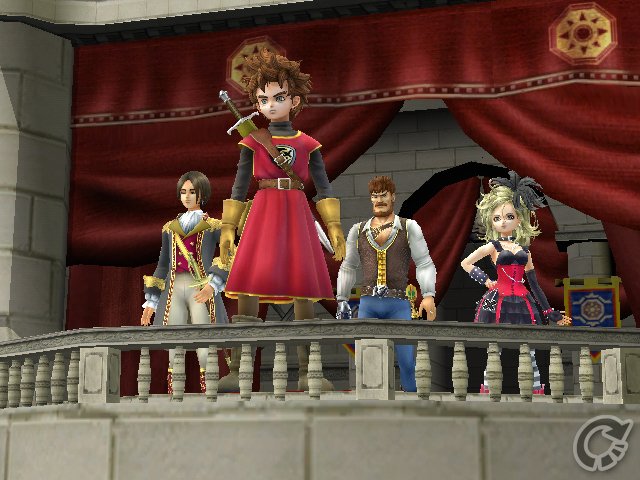 Though it's not all bad, you can see with a red dot where the attack will hit allowing you to aim the shield properly, and when you advance, you'll be able to hit back attacks from enemies to hurt them. Though strike back at the right time or else the attack might miss. The game becomes more harder and challenging by the stage, so you need to become a better player to advance and stock up on many healing items. Things can get pretty hectic, and you do not want to die. If you do, you can lose items you've collected and the money you received from that stage will be halved. But if you think you can't possibly die, take out as many enemies as you can, as quick as you can to get a good grade at the end of the level. The better the grade, better the item you'll receive.

When your not out on an adventure, you can relax in your home town, Avalonian. You can go to the castle chambers for training, or if you want better equipment, buy or forge some at the shops to make things a bit easier on you. You'll be able to store your money in your house so if you die, you'll have some back up money for those much needed items, and finally, go to the church to save your game. 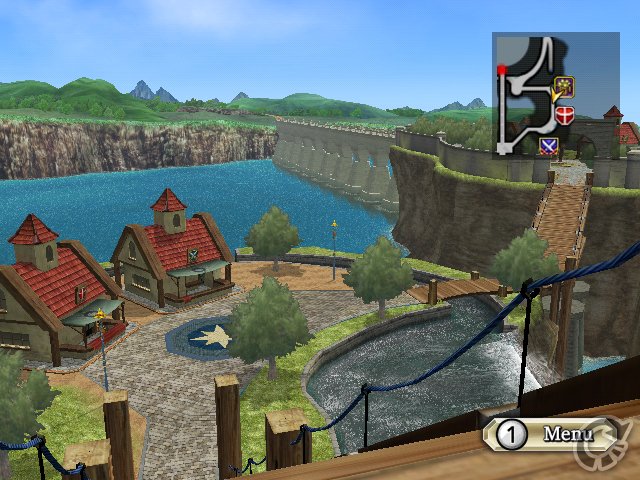 For anyone that picks up the game, they'll feel right at home once they see the title screen. With it's familiar cell shading and character design from the renowned Akira Toriyama and hearing the classic Dragon Quest songs in the background from Koichi, along with new ones from Manami Matsumae.

Although the main game itself last 8-10 hours, there are some things to do to try and get more value for your money. Once you complete the main game, you can always go back and play again to get a better grade and test your Wii-mote wielding skills or check out the unlockables you get once you complete the game with a couple of new areas unlocked and the ability to fight old and many new bosses along with a harder difficulty. You can also play some "one at a time" mini-games in your home town with up to 3 friends. If you don't deliberately look for flaws, it can turn out to be a rather enjoyable game while it lasts. If your still not sure whether to get it, perhaps wait for a price drop.

Not the long epic DQ adventure people want, can be fun to play while it lasts, but some might not be compelled to play for a while it once it's completed.