FIFA 18 on Switch. Who would have thought it. Before Patrick Soderlund appeared on stage in Japan to announce the game during the Switch reveal live show, not many would. After EA abandoned the Wii U fairly on, the once unprecedented partnership seemed lost to the sands of time.

However, on FIFA 18 launch day, you could walk into your local game store or log on to the eShop and buy yourself a copy of the game along with the rest of the world. Now that is unprecedented. But, bearing in mind the Switch hasn't got the grunt of the PS4 or Xbox One, have EA Bucharest managed to score an absolute worldie with this year's FIFA or, bearing in mind the Switch has become something of a global phenomenon since it's launch in March, have they missed an absolute sitter?

Much like football teams themselves, the football game world is split into supporters for two rivals; EA's FIFA and Konami's Pro Evolution Soccer series. I started off as a PES man, moved to FIFA for the 09 season and stayed there until I transferred back to PES in 2016. So going back to FIFA having been a PES player for the last few years, it's been interesting to see what new additions and old problems can still hamper the experience. 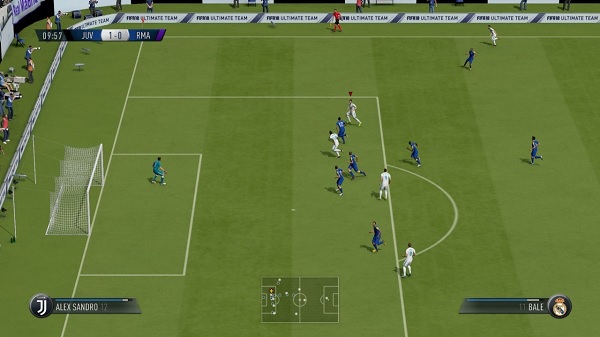 Go on my son! Get it in the back of the net! Use boost to get through! (Oops, wrong game!)

I've also tried to focus in this review on what is actually on offer rather than what's missing (with one notable exception) and it really is very impressive just how much content EA Bucharest have managed to fit on to the cartridge. Online seasons, kick off mode, skill games, tournament mode, career as both player and manager, and of course Ultimate Team are all present and correct; as are the players, the teams, the kits, the stadiums, the commentary and the TV style presentation; it is a very authentic FIFA experience.

If you are a fan of the beautiful game then each mode can draw you in and cause countless lost hours and hundreds of "one more game" moments when you're either on a roll and chasing promotion, or convinced that the last three games you lost were a fluke, and you can bring it back with just a tactical tweak here or there. It's an addictive game for any one who follows the premier league week in and week out, which makes it a shame that the game and indeed the game play itself can still be incredibly erratic and frustrating. 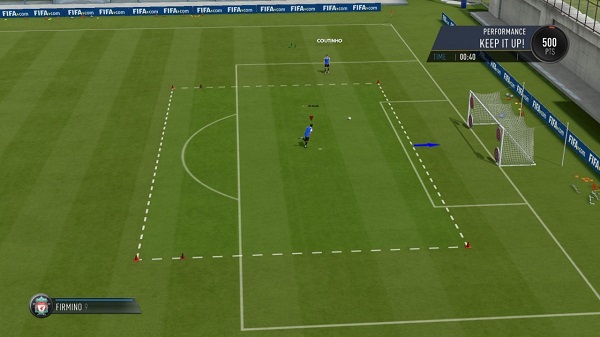 It's a goooooooooalll... post! Better luck next time old chap.

My acid test for football games is a cup run on the hardest difficulty with a friend, so on launch day we threw our names in to the hat for The Emirates FA Cup and cranked the difficulty up to legendary. As we walked onto the pitch to start out hunt for silverware, it became apparent that our third round opponents were wearing the same colour kit as the referee. In the replay we were using a white ball in the snow. I remember being annoyed by those things in FIFA 15 so to see them pop up again here almost beggars belief (and perhaps confirms which version of FIFA the Switch edition is running on.)

The actual game of football itself can go from silky smooth to daft as brush in the blink of an eye. Players with lightning pace will beat someone of similar skill and yet get pegged back by a League Two defender, shooting is somewhat hit and miss, goalkeeper's often palm the ball straight back out to an attacker and, apologies if this is becoming a rant, players still do not go towards the ball when said ball is passed to them. I played football up to the age of 19 and an absolute basic is, if someone passes to you along the floor, don't just stand there and wait for it, get to the ball before someone pinches it off your toe! Phew. Rant over. But it's niggles like this that can break the immersion and stop the game from really being a proper simulation; you almost have to work out what bizzare thing is likely to happen and plan your game around it. 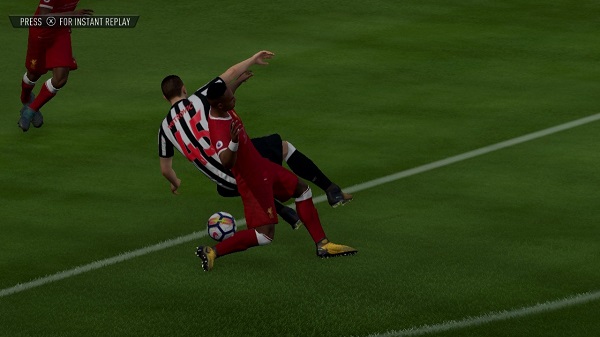 But perhaps that makes it more real to life than I care to admit, after all footballers are only human beings who, ultimately, will make mistakes. One thing the team in Bucharest have made no mistake over is the portability of this game. If you are judging it as home console FIFA, it's arguably about three years late to the party. As a portable offering however it is unparalleled and possibly one of the great achievements on the Switch already. The fact everything is still crammed in here when you pull the console out of the dock is a testament to that initial announcement when Patrick Soderlund said this would be built for the Switch and utilise the console specific features. Well, EA have really done that and then some. During an actual game the graphics do take a noticeable hit, but the game play still runs silky smooth and it loses nothing else; it's a great technical accomplishment that I think EA Bucharest have worked very hard to achieve.

The online infrastructure of the game is incredibly sound as well; matchmaking is quick and the loading time into the game is lightning fast whether you're playing seasons or Ultimate Team. The same can be said for local play as well, which benefits more from the cartridge based format; games will start before you've even had a chance to start a skill game, which has been a staple of the FIFA loading screen for many years now. Local seasons encourages you to get friends all together to play head to head matches, and while using a single joy con isn't ideal for pro players it's a great addition and adds to the pick up and play anywhere nature of the console. 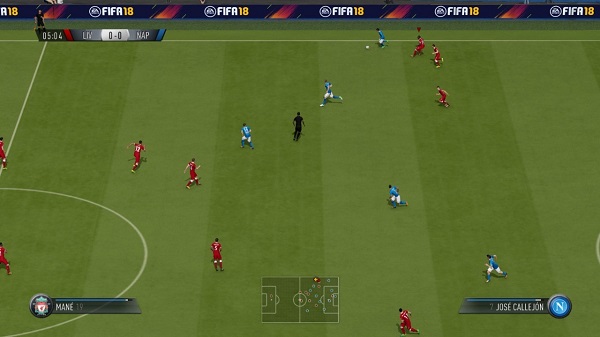 Behold! The Kickmen! Look at them go...

However. HOWEVER. The big whopper EA have either missed, or decided not to include, is playing with friends online. You see a friend has come online, and you fancy a few games against them? Forget it. That WhatsApp group on Nintendo Online app you've been using to organise games? Fuggedaboutit. Just when you thought things were going so well, a simple omission like this casts a bit of a cloud over the experience; I get the whole idea is to play couch co op and personally that is my preference as well, but to have such a great online offering and, of course, the service is still free as well, to then miss off a mode like this is annoying to say the least.

To summarise I'll use a previous statement; if you're playing this solely as a home console game of FIFA, you may feel slightly underwhelmed. If you're going to be enjoying this at home and on the go, however, then you're in for a real treat, this is a great sports title for the Switch and the most comprehensive portable FIFA ever made. It still has it's niggles and issues and if you weren't a fan of FIFA in the first place you probably aren't going to become one through this game.

For sheer content, smooth gameplay and online (to a degree) and offline options, this is well worth your time if you are looking for a sports game to enjoy on your Nintendo console. How times have changed.

If you're going to be enjoying this at home and on the go, then you're in for a real treat, this is a great sports title for the Switch and the most comprehensive portable FIFA ever made.