Square-Enix sure do love their Final Fantasy. The company's release lists are utterly dominated by all things Final and Fantastic, to the exclusion of nearly all else. In fact, sections of the video game media and public have had their knives out for the company in recent times, for relying too much on their core franchise by producing innumerable spin-offs and remakes. Indeed, their recent announcement that Final Fantasy games were not a suitable fit for the Wii's Virtual Console service has been met with derision. Why release a series of NES games for E5 a pop when you can repackage them and sell them on handheld consoles for an inflated price?

Yet, in bringing Final Fantasy III to the DS, we have a different sort of a beast. You see, this is the one Fantasy that never made it to Western shores. Now, it's been retooled and remade in glorious 3D exclusively for Nintendo's dual-screened wonder. But, nearly twenty years later, how does it fare?

Final Fantasy fanatics and hardcore RPG devotees won't be needing a review to make up their mind, but the rest of us might want to think twice before delving into Square's adventure.

First things first- Final Fantasy III is a real looker. Square have always placed great stock in high production values, and in FFIII DS this is clear from start to finish. The game opens with a beautifully rendered CG intro sequence in the style of the visually stunning Advent Children movie, with musical virtuoso Nobuo Uematsu's sweeping orchestrations lending it a suitably grand feel. Shame that the DS' poor video compression abilities again mar an otherwise beautiful opening. The in-game graphical experience is obviously considerably less attractive, although the animation, colour, and overall level of graphical polish places this into the very top echelon of 3D DS titles- no mean feat indeed. In true Final Fantasy tradition, the music is iconic, genre-defining, and memorable- one of the very best DS audio experiences out there.

Final Fantasy III, upon its original Japanese release, introduced a 'job system' where you select character classes, with each specialising in certain abilities. This caused quite a stir at the time, but its old hat now. And that's really where the problems start with FFIII- it is an old game. No lick of paint, however vibrant, can disguise the fact that we are playing a title that is nearly two decades old. These problems manifest themselves in a number of ways. Firstly, the story is almost unbearably clichéd. Yes, it's the old chestnut about four spiky-haired young kids destined to save a world shrouded in darkness. Oh yes, and talking crystals feature quite a lot. In short, it's a far cry from the multilayered RPG plots of 2007, but hardly a game-ruining feature. 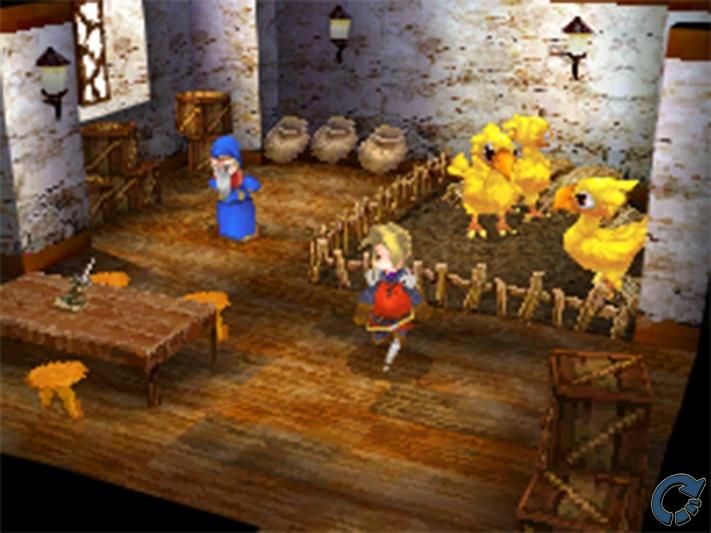 Another archaic mechanic raised from the dead is the random-battle; or more specifically, the 'high-volume' random battle. You'll barely be able to walk a few steps in this game without incurring the wrath of yet another identical enemy. Cue the same process of attack, attack, attack until the enemy keels over. Rinse and repeat. The relatively slow pace of entering and exiting a battle galls, as does the increasingly irritating victory screen which can't be skipped. Final Fantasy III might be a monster of a game, but a heck of a lot of the playtime will come from the battles. And by golly are they difficult. This brings us to the next anachronism: the absurdly high difficulty level. Most games like to ease you into the experience, with a basic tutorial, or even just a gentle difficulty gradient. Not FFIII. This one throws you right into the deep end. It's sink or swim, and when the first boss rolls around after about ten minutes of playtime, it's extremely easy to mess up and actually die.

There is a reason why FFIII doesn't have a Touch Generations icon on the box- this is a seriously hardcore title that I strongly suspect that even many current, PlayStation-era Final Fantasy players will baulk at. Exacerbating the difficulty problem is the outdated save system. True to the original, you're only able to save on the world map, which is a serious oversight. Not even the addition of a quick 'save state' option is enough to make up for this, as these temporary saves are just that, dissapearing upon being loaded. All of this means that an hour-long trek through any given monster-filled dungeon can come to nothing if you fail at the end boss, because there are no save points to speak of. Absolutely criminal, and a huge turn-off for all but the most committed and determined of players.

The weapons equipment selection and menu screens are fiddly, unintuitive and just plain awkward compared to their younger brethren. Yes, it's an old game, but you can't help but get the feeling that Square's efforts to make FFIII 'reborn' have seen them focus on the front-end, the visuals and the sound, while neglecting key gameplay deficiencies.

Final Fantasy III was built from the ground up for DS, but this frankly isn't reflected much in the game design. When the initial trailers and screenshots for FFIII were revealed, the DS' upper screen appeared blank. Naturally, we assumed that Square either hadn't decided on how to use the second screen, or had an idea so good they wanted to hold back and make us wait. As it happens however, they had no bright ideas whatsoever, and the retail version of the game leaves the upper screen blank for the vast majority of the game, only coming into play in the odd cutscene, or as a pretty useless map when traversing the main overworld. Pretty shocking, given that even the worst developers have thought of better ways of using the dual-screen set-up by now. Square-Enix should rightly be criticised for failing to exploit the second screen. Stats screen? Dual-screened combat à la Mario & Luigi? Even an ever-present map? Square says no, and even lacks the courtesy to switch off the damned upper screen's backlight even with nothing on it. 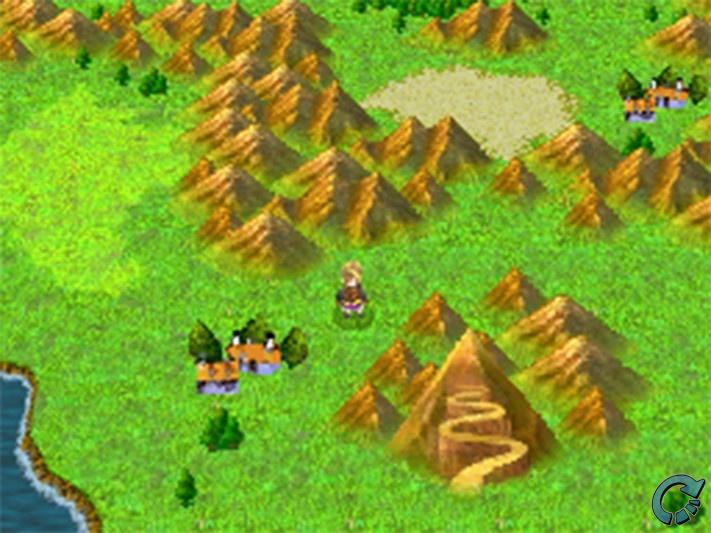 Stylus support is also dissapointing. Yes, you can play the whole game with only the stylus, but you probably won't want to: while controlling your character by tapping the direction you want to move feels adequate, navigating menus with tiny text certainly doesn't- and even in battles, buttons aren't intuitively placed for stylus use. In fact, stylus support feels tacked on at the last minute. And there certainly aren't any inventive uses of the interface- no touch-screen puzzles or anything like that. No, this is pure Final Fantasy. None of that fancy-schmancy stuff for Square, ho!

Too often, it feels like a GBA game with better graphics and sound, with barely a nod given to the fact that this is on the DS.

They have decided to make use of Nintendo's Wi-Fi Connection service, however, but the implementation seems a bit pointless really. Using the 'mognet', a communications system involving moogles, those horribly cute FF regulars, you can send messages to other FFIII players worldwide, as well as to NPCs within the game world. Alternatively, you can bypass the Friend Code system altogether and use actual emails from a computer, but maybe that's just me being cynical. There are some sidequests that require regular use of the mognet to complete, and completists will no doubt want to discover these.

Despite all this moaning, FFIII still has a charm. This is a mammoth, fully-featured RPG with top-notch production values exclusively on the DS, and that sort of thing doesn't come around very often. If you persist with it, and put up with the game's shortcomings early on, then you'll find a meaty adventure here with weeks and maybe even months of gameplay. Final Fantasy completists will revel in the sheer size of whats on offer here. Decent RPGS are thin on the ground on DS about now, and FFIII should be enough to satisfy most beardy RPG fans' desire for levelling up and critical hits, and whatever other RPG clichés they desire- because they're likely to be in this title.

Newbies be warned- this game will make you cry real tears. But if you're a glutton for punishment, and bloody-minded enough to plough through the endless and repetitive battling, then you'll probably find Nirvana. Or something. The rest of us should approach Final Fantasy III with trepidation.

Nearly twenty years later, Final Fantasy III is a visual and aural triumph, but may modern players will find the gameplay too archaic, frustrating and inaccessible for their liking.