There was a time when I couldn't imagine playing anything which was strictly "narrative-driven" with next to nothing in the way of gameplay. Yet it's impossible to deny that the landscape of gaming has changed considerably in the last decade or so, which is certainly a good thing as the rise of these new genres made me try such titles as Dear Esther and What Remains of Edith Finch only last year when I was in a gaming rut. Since experiencing these titles I've become more open to trying others which has led to this point.

So what exactly is Last Day of June then? Well according to the game description...

"Last Day of June is an adventure puzzle video game centred around a couple called Carl and June, who suffer a tragedy when a car accident takes June's life and leaves Carl in a wheelchair. The player controls Carl who explores past memories of his life with June and attempts to solve puzzles to change the sequence of events that led up to June's death."

After experiencing the game in full, I can confirm that this is indeed what the game is in essence, yet it is also so much more than the sum of its parts as I will attempt to explain while also trying not to give anything away about the plot as I would hate to ruin the ending for anyone. So have no fear, this review shall be free of any major spoilers in text form and I have made every effort to only include screenshots from my playthrough of the game which are as deliberately vague as is humanly possible. 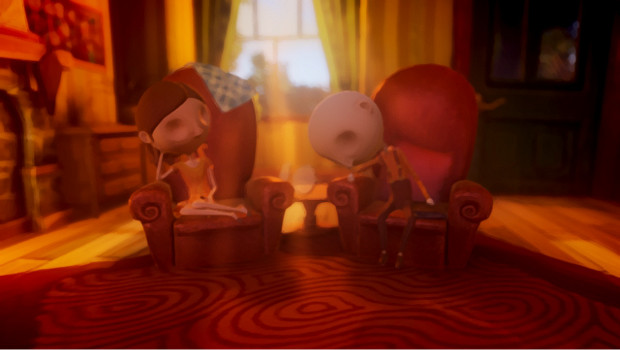 During the aforementioned accident, Carl gains the ability to travel back in time to take control of the characters who are all part of the events leading up to that dreadful day. This is done by accessing paintings in the house which will cause Carl to remember, these play out as interactive sequences where you then as the player can control these characters in the story which follow a set path until you can alter the events in a positive way.

You'll then venture around the village area gathering the missing paintings so that you can re-enter them and try to change the outcome, all the while you'll uncover more memories of events which are possibly yet to happen which just further add to your motivation to carry on.

Each time you reach one of the portraits, when you return to the eerily glowing canvass in the drawing room, the moment you unveil it, the room goes dark, the doors slam shut and you're then committed to changing something within one of the painting timelines before you're released from this state of eternal imprisonment. 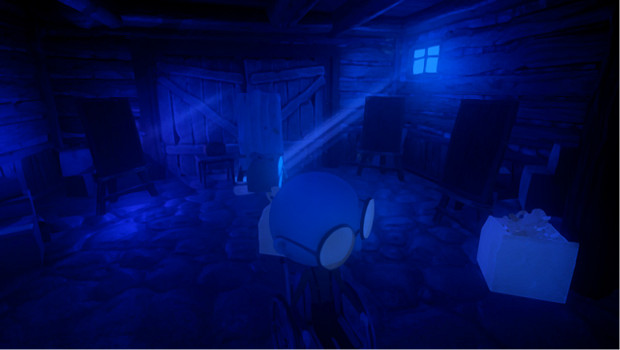 There are memories to collect as you play, these can be viewed any time from the pause screen in the memories section, here you can view depictions of events from each characters past. There are five which are specific to each character making for a total of twenty memories, you can't miss them as they are clearly telegraphed. Though cleaverly the order in which you obtain them from exploring each story repeatedly will leave you with gaps until later on when all will become clear, I gather that it is possible to miss out on some of these memories but you'll want to put the effort in to obtain them as it adds to the experience.

If you manage to end the scene in the same way in which the story originally plans out, then you can go back into the painting by rewinding that particular characters story, which will let you play the section again with your previous knowledge intact so that you can maybe explore some more and try to find another way, perhaps by finding more of the memories or interacting with a specific character. Later on you will need to get certain characters events to play out in certain ways in order to affect the ongoing chain of events, in the hope that you might eventually be able to prevent disaster. 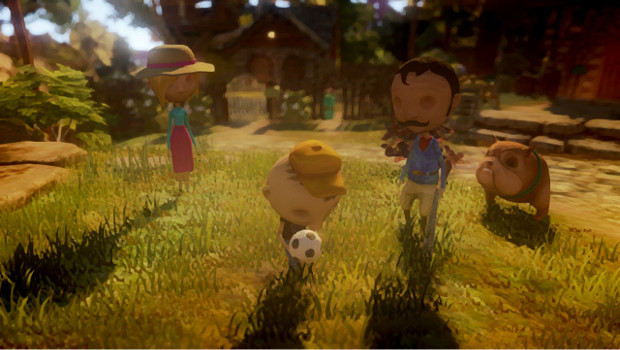 Because this is how the game plays out, it keeps you motivated to want to see the end and as the plot of the game unfolds, you really feel for the main character as it feels like a struggle to carry on. Your sense of investment will only intensify as you get further in, it's very clever how it hooks you just as you think you might be starting to lose interest, this never really happens.

The interactivity is cleverly done, some characters have props such as the young boy with his ball, the reactions to the environment around them are nicely integrated with some wonderful attention to detail which you will just have to see for yourself to appreciate. 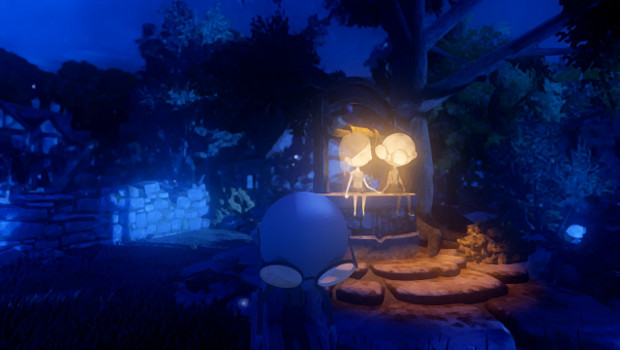 All of the dialogue in the story is told in noises and gestures, there are no spoken words of English or any other known language yet you just know exactly what the characters with their featureless, hollowed-out visages are trying to express. This is part of what seperates this title from others within a similar genre and it should be to the creators credit that they've achieved so much emotion without the need for superfluous facial motion-capture, which has its place as well but I've personally found to be overrated as I think subtlety can go a long way as is proven here.

Clearly the visuals stand out here as a major selling point, the only way I can describe the style is of that which is likened to living inside of a painting crossed with carved wooden elements, everything is brought to life in a wonderful, often surreal way which makes you want to live inside the world for a while. I have no artistic reference to compare it to but there are clearly influences taken from many places, it all just "works" and all of the art direction along with every artist involved clearly know their craft in order to bring such a vision to life. I especially liked the animation, the way in which each character walks, runs, hobbles and wheels themselves around is particularly special and endearing. 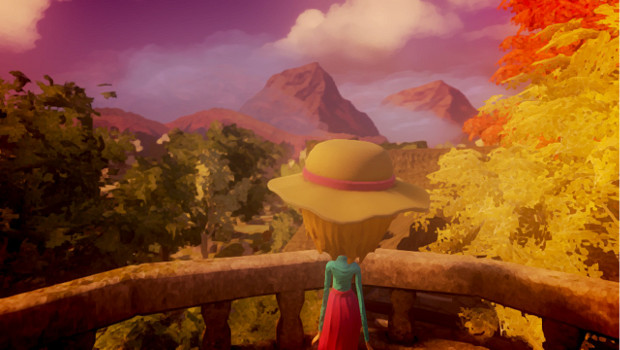 Musically this is where the game clearly shines, especially when you take into account that the entire premise is inspired by the song Drive Home written by Steve Wilson, so with his involvement along with clearly a lot of talent, each area, story, moment and even every action to make is perfectly punctuated with clever sound design. Obviously the entire score is rather emotionally charged as well but on the strength of the pieces alone, not having to rely on vocals means that the characters often end up adding to the song themselves at times, so as you're playing your part in the story, you're also adding to the ambience in a way.

As for the technical elements, there are load times between the major characters, typically around fifteen to twenty seconds but you'll only have to experience these a few times, there is autosave but only after you've completed significant portions of the game, so you might wish to play it in one sitting as I did. Repetition is obviously part of the game, so you will need to be willing to watch certain scenes repeatedly without being able to skip anything you've already seen, fortunately when playing the various parts of the story again with different characters it will shorten the sequences at least and there is very little hand-holding, which I applaud. So I believe that every technical improvement which could be implemented by launch, has been included, though the frame-rate will dip in docked mode here and there (possibly slightly smoother in portable mode, not much in it) but not enough to ruin things. 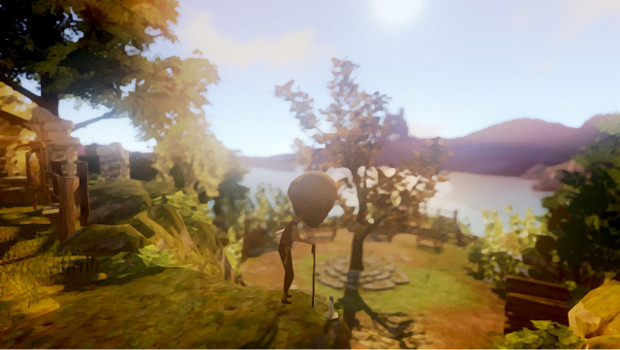 I really don't want to say anything more than is necessary, so this is just enough to give you a vague idea of what the game is about and enough to assure you that a lot of love has clearly gone into this project, which is apt considering love is clearly the central theme along with loss, hope, despair, sadness and a whole host of other emotions which you're almost certainly going to experience if you decide to pick up this charming title.

If you really don't know if this title is for you, then you might not wish to spend out £15.99 on it, in fairness if I was paying for it then there's a chance that I would have been hesitant as well. However after experiencing Last Day of June as a whole, I'm confident that for the amount of work which must have gone into it, the price is justified and you really will get something which is truly unique and even within the sea of titles now available on the Switch eShop, this shines brightly like a beacon.

Last Day of June is exactly what a narrative-driven game with puzzle elements should be, thought-provoking, enjoyable, easy to play and hard to put down until the very end. All of that plus more which raises the bar in story telling coupled with intense emotional investment. I went into this game without expectation and I was left reeling after one single short but powerful playthrough which will stick with me forever.

All of the dialogue in the story is told in noises and gestures, there are no spoken words of English or any other known language yet you just know exactly what the characters with their featureless, hollowed-out visages are trying to express.