Payday 2 is a game that has been on the verge of Switch owners thoughts ever since it was revealed during a Nintendo Direct in April 2017, just over a month after the console itself had launched.

I say on the verge because we've all known it is coming, and yet excitement levels have stayed very much on the chillier side of the hype thermometer. And yet here we are, at the end of February 2018, with Payday 2 having launched on the system. And while the game does a fair few things right, it does too many things wrong to justify a £45 plus price tag for a game that's five years old.

I'd never played a Payday game, let alone the multiple versions and updates of 2, before I downloaded it onto my Switch. So straight off the bat, the reports that this game was almost a year behind the latest PC version build didn't upset me, and I'll make a sweeping statement by saying that I imagine that's true for most Switch owners. After all, if you're really into co op online experiences, chances are you'll stick to playing on your PC or other console. 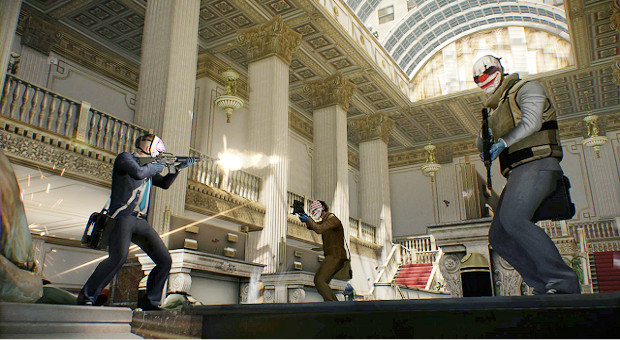 What struck me initially is just how well developer StarBreeze games have captured the atmosphere of what a heist game should feel like. Great music, really top quality voice acting and some nice "Anonymous" style videos accompanying them really set the scene perfectly. The intel packages pre mission are informative and the whole feel of the game before you actually play it really sets the scene for some Heat style heists.

The training part of the game continues this theme, introducing you to stealth, body bags, gun play, completing objectives and escaping as well. Going on a cocaine heist on a Nintendo console felt surreal to say the least. Nice touches like the security camera feed showing the actual time and date you are playing at are welcome and show that care has gone into the this port of the game by Sumo Digital.

And yet, once you are left to fend for yourself in the under world of criminality, the game veers more towards generic shooter than you've perhaps been lead to believe. I found that no matter how stealthy I tried to play them game, I would invariably end up in a shoot out with police, having to fend them off while my vault breaking drill took its sweet time to do its job. And the game shows its age, with controls feeling sluggish and enemy AI being laughably bad. 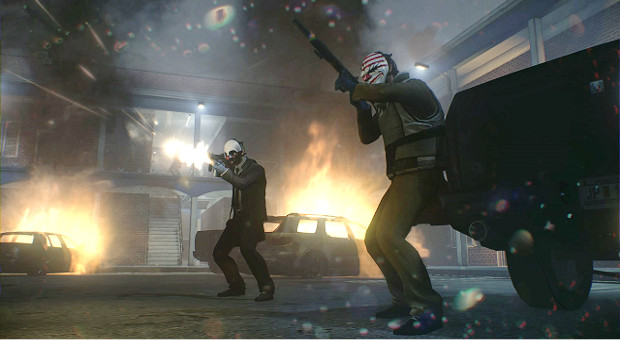 There's simply no excuse for police storming a building to apprehend/kill you and then running right past you, or indeed going in the opposite direction and eye balling the nearest wall in some sort of pseudo stand off while you pummel them with rounds from your gun. At times I got vibes from Virtua Cop it felt that on rails, endless waves of police just lining up to be taken down with the only chance of getting killed yourself being your own idiocy or, perhaps, arrogance considering what you're facing. Graphically the game isn't too far from Virtua Cop either; it's not a game you'll be using to showcase your Switch to any one any time soon.

The single player experience is hampered by some fairly generic team mate AI, but where the game should really excel is in the co op and, sadly, it's just potential that's gone unfulfilled on the Switch, certainly in terms of online play. Saying that, how much is the developers fault and how much is Nintendo's is up for debate, due to lack of voice chat options. Some games (I've recently been playing Monster Hunter Worlds) you can get by without it as the objectives are so simple you know what you should all be doing (Kill X monster is fairly self explanatory).

And yet Payday 2 needs a more intricate level of communication and therefore provided me with some incredibly frustrating play sessions barely a day after launch. On one occasion I was trapped in a game for almost 50 minutes because my team mates wanted to open every single vault, get killed, revive each other and plough on without me being able to say let's cut our losses and get out of there; especially as I had no bullets left and was trapped next to the escape vehicle without being able to bolt off on my own. 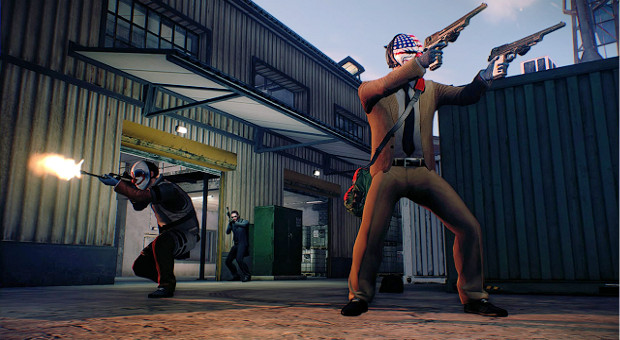 The very next time, me and another guy were waiting next to the vehicle ready to leave, which was full of our takings, as two of our team mates decided to go back in and on a killing spree for no apparent reason. We both went to try and coax them back to end the mission, and then before I knew what had happened not only had they been kicked from the game, but so had I. If he wanted to go off with the loot he could have done a number on me, instead he kicked me because I couldn't tell him I was trying to help round them up, so he thought I'd lost the plot too.

Moments like those punctured the atmosphere of playing with random heisters, but also made me think how a co ordinated game of Payday 2 with friends could be quite exhilarating. Overkill have said that they are just waiting on Nintendo to green light voice chat via their app and it will be usable, which will hopefully solve alot of issues. And yet the biggest potential could be in local multiplayer with three other friends. Getting others to fork out the best part of £50 is your first hurdle, but if you have a group of keen Switch players and enjoy multiplayer nights together, this could be a great addition to your line up; co ordinating and then executing he heists while feeling every moment together is the sort of experience this game was made for.

Couple that with the extensive customisation options for armour, weaponry and, arguable most importantly, masks, and there is plenty on offer here. Indeed the Infamy option on the menu is only available once you've hit a certain rank, and opens up a whole new plethora of targets for you. 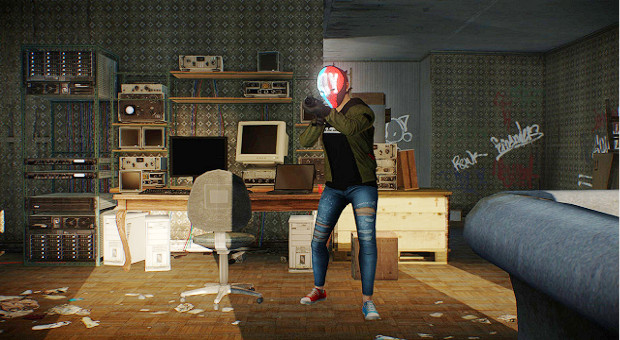 Sadly all of those boxes are left unticked and it's difficult to recommend the title based on its price and what's on offer at this moment in time. Come September and the game could find a new lease of life with voice chat and the ability to properly co ordinate heists, but as it stands the game feels like a port of a game that no one particularly asked for and no one is particularly going to play beyond the first few weeks, either.

Payday 2 could have been a great entry on the Switch's library of ported games. Sadly, it's a missed opportunity for both the game and the system to craft a unique place on Nintendo's console.

once you are left to fend for yourself in the under world of criminality, the game veers more towards generic shooter than you've perhaps been lead to believe.