Prince of Persia The Two Thrones

It's not that I've an aversion against the last two Prince of Persia games, but these games seem to hit my irritation spot bang in the middle, a couple of times; being constantly punished for pushing the wrong button at the wrong time and then the 'game over' screen popping up, having to wait a few seconds before the game continues. Having to repeat the same moves when you die… If I have to mention one series that has me throwing controllers around then I've to say that Prince of Persia: Warrior Within, and its predecessor The Two Thrones take… well, the throne. 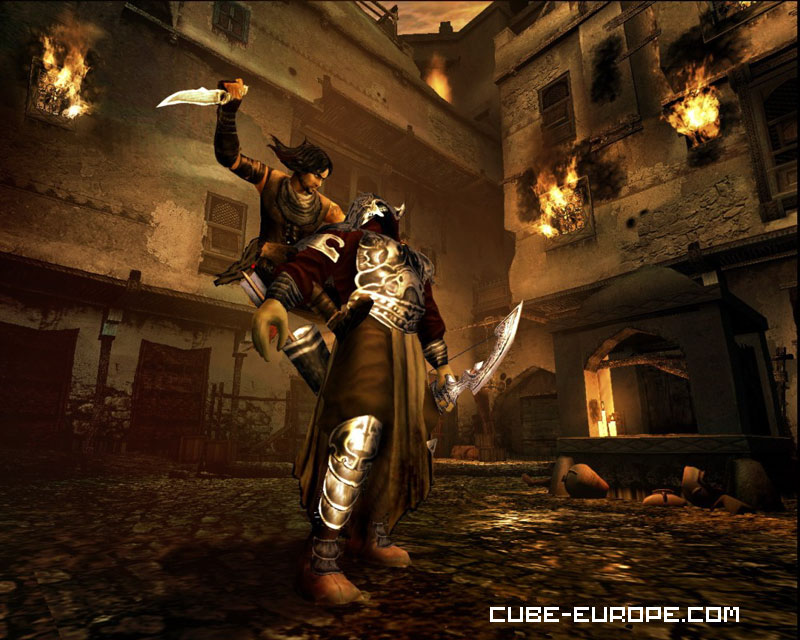 But on the other hand, the love for Prince of Persia lives inside of me more than any other franchise. Hey, we're talking about THE prince here. We have had a long history together, him and me and Babylon is one hell of a place for a game to be set in. There hasn't been a better platform game for years than these, and running along walls was great, and still is. Although, it isn't as new and sparkling as it used to be two years ago.

I hoped that Prince of Persia: The Two Thrones would manage to solve the biggest problems of its predecessor, but again was I disappointed. Let me sum up. Enemies getting trapped in walls hinting there are bugs present? Check. Loading after dying takes too long? Check. Save points placed too far away? Check. Speech synchronisation faulty? Check. Previous Prince of Persia games had so many problems, and now also in The Two Thrones, there's just too few improvements.

But hey, we're talking about THE prince here. Let's look at the bright side. Ubisoft changed a few faults of Warrior Within. The right setting is back. The streets of Babylon are a more enjoyable place to walk, climb, and run in than the dark caves on the Island of Time. Gone is the heavy metal music of Godsmack, the prince has even rid himself of his dark dreary look. Welcome eastern music. The sun even shines again.

Prince of Persia: The Two Thrones maintains the same battle system and also the second personality of the prince, introduced in Warrior Within. When the prince transforms to this dark prince he gains different abilities thanks to his equipped chain. While it's a nice interruption from the usual jump and fight action, this dark transformation doesn't provide much depth in gameplay. I easily disposed enemies using the traditional and very smart button-smashing technique. That's not what I call a fine-tuned fighting system. 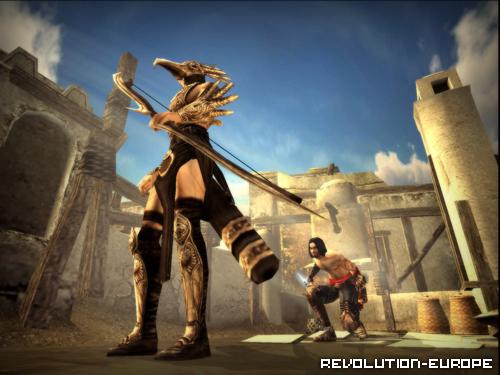 Story wise, The Two Thrones is a must to play for gamers who played the first two games in the series. All the previous events come together in this final game. If you enjoyed yourself in those games, you sure will with this title. It's more of the same, with styles and characters from the former two titles make their appearances.

Ok, in fact there are some new types of gameplay in The Two Thrones. There's a little stealth they've managed to incorporate. Good timing and sneaking upon enemies makes a speed kill possible so you can dispose them easier. The new vehicle drivin' parts of the game are likely to put a smile on your face for a while. Nothing beats a good old drive in the streets of Babylon you have to fight your way through on your chariot. My smile got whipped of my face just as fast when I crashed in a building. Whoops, my bad. Well, try again then. But the game forced me to watch the one-minute video sequence before racing again, and again, and again, without giving me a simple option to just skip the movie. My controller throwing urge came back fast.

On a graphical level Prince of Persia looks a little outdated in 2005. Compared with the 2003 looks of Sands of Time, there isn't much improvement. True, the cinematic sequences during the game look amazing, really sucking you into the game, but that's one of the reasons why the in-game graphics can put you down even more. The graphical quality differs so much. In-game graphics look ok and everything, but never quite managing to impresses the player. 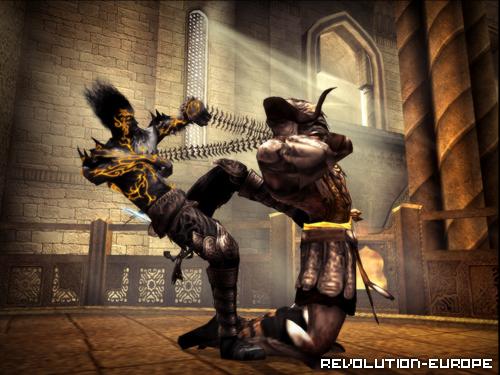 Why is it that Ubisoft does so little to improve one of their key franchises? Sands of Time was really a hit, though not financially, it gave Ubisoft a lot of credit with gamers. It looks like this game company now exploits the familiar strategy: If it ain't broke, don't fix it. It's too bad that the Prince of Persia as a platform game hasn't got any competition. There aren't many other platform titles out these days. It just the prince, and… well, nothing more, really. So why would Ubisoft make great investments in the Prince of Persia series?

Although Ubisoft suggested that this third next-gen instalment of Prince of Persia is the last of a trilogy, I've got a feeling that The Two Thrones isn't the last thing we've seen from the Prince. Since the release of Sands of Time in 2003 the release of a Prince game has become an annual event. This wouldn't have been a bad thing, if the series showed enough improvements during these years. It's sad to see Ubisoft so willing to release a Prince of Persia game yearly that there're too little game improvements and too many problems and bugs in the titles.

In its series, The Prince of Persia: The Two Thrones fits in perfectly. It's up for you to decide if that's a good or a bad thing.

Better than it predecessor Warrior Within, yet it shows too little improvements to be called a real must-buy.