Here’s a weird question: have you ever heard of shadow theatre? It’s a unique style of puppetry that consists in using canes to control two-dimensional puppets against a lit background. The audience sees only the shadows moving about, telling a (usually silent) story. It’s got quite a tradition in places like Southeast Asia.

It is this art form that Australian developers Shadowplay Studios have chosen to bring to life in Projection: First Light. It is the studio’s first game, originally released for iOS in 2019, now come to Switch.

So, what is the premise, exactly? Since shadow theatre is such a 2D medium, it only made sense that a shadow videogame would be 2D as well. Indeed, the style lends itself well towards a 2D platformer. 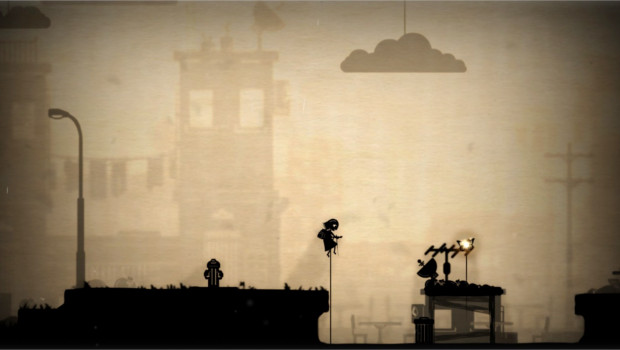 Yes, let's do some light platforming.

The game follows Greta, a regular young girl whose curiosity is only matched by the messes she stumbles into. After a spat with her parents, she runs away from home to go on a worldwide adventure, full of the sort of wacky hijinx you might find in classic tales (even meeting a famous Chinese figure along the way).

Art-wise, the game does look the part. Every character, object, and background element looks like a handmade picture set against a luminous background. Greta moves like you’d expect a puppet to move, as she’s always accompanied by the “canes” that are supposed to control her.

The cutscenes are also animated like in a shadow play, where any sprite will only move like a puppet would, and every prop or special effect you’ll see can be potentially replicated live. The entire story is told like this, wordlessly, but with very expressive animations. Even background elements will pop out from below as they appear, as if somebody is raising the set.

It seems the developers really did their homework, showcasing subtle changes in style – both in puppet aesthetic and ambient music – to reflect whatever country or culture Greta is currently travelling through.

But this is still a game. Is there anything to this game other than being a faithful simile of an obscure art? Fortunately, yes: you can actually manipulate light in the environment. 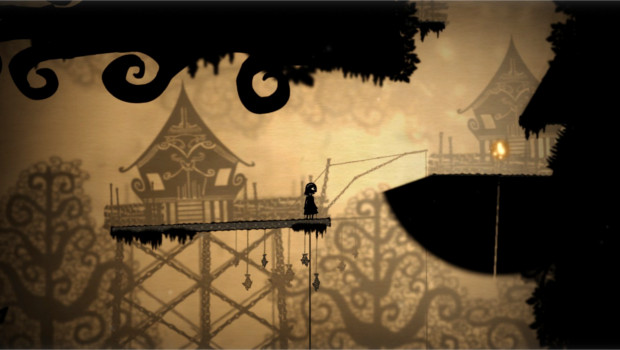 Useful mechanic, without a shadow of a doubt.

There is a light… ball of sorts (or maybe a sprite? Fairy? Firefly?) that you can control across the entire screen. Its mere presence casts shadows in the level layout, creating solid forms and objects you can jump on. While it is mostly used to create platforms, the game does find other creative uses for this power.

Now, I’m a sucker for physics-based puzzles. I love the idea of solving problems by naturally interacting with the world we’re playing in. It always gives that feeling of freedom, of overcoming obstacles with our own ingenuity. As such, I was intrigued by this admittedly unique idea… as long as it was well implemented.

Good thing is, the game does find plenty of creative ways to use this mechanic. Creating platforms, using shadows to move objects, interacting with more than one light source, it does feel like the level designers used as many ideas as they could, whether it be to create “traditional” puzzles (moving objects to switches and such) or to present us with intricate platforming segments to overcome (though sometimes noticeable slowdowns occurduring these segments, where the light casts multiple shadows. Not too bothersome, but a tad jarring).

Furthermore, the difficulty curve is really smooth. Ideally, we’re introduced to new ideas and ways to interact with the environment at a moderate pace. Not only does Projection do this, it even gives us the opportunity to learn them before they become mandatory. For example, at one point, you might need to move pots around to create shadows that will allow you to reach high ledges… but you can find pots a couple of levels earlier, and learn how to do that well before you first need to. This is consistently done with plenty other elements found through the game, which I find to be a great decision.

This kind of exploration and experimentation is encouraged thanks to another simple design choice: collectibles. There are Butterflies scattered through the game to find, most of them in places off the beaten path, requiring some thinking to obtain. They don’t serve any gameplay purpose, meaning they’re just a completionist goal (even though, oddly enough, collecting them all unlocks nothing).

Mind you, none of the puzzles are that difficult to begin with. They’re there more to polish your mind, rather than bend it. The game’s heart is truly more about the presentation and the platforming. 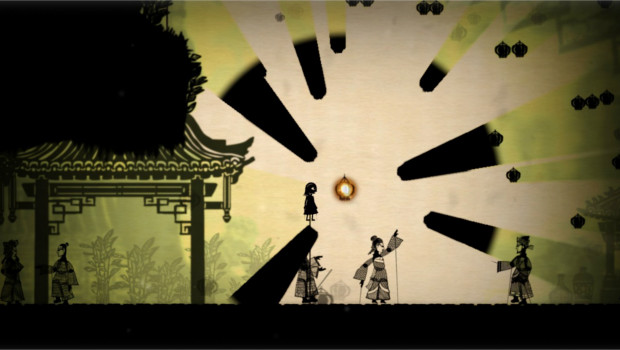 Some brightness is required to solve this, though.

Sadly, despite its qualities, Projection is beset by a few fatal flaws, and they’re not minor.

The most egregious problem is how its main mechanic does not actually function as well as it should. There are many times where the shadow cast by your light overwhelms objects or Greta herself, causing them to freeze, or even clip through walls and floors. There were numerous times where Greta got stuck on a stationary shadow (meaning I had to hop constantly to avoid getting her feet stuck again), or where objects got needlessly stuck, and in at least one occasion, I somehow clipped Greta onto a closed space she was never supposed to get into (meaning I had to restart the level)

Another issue – certainly exclusive to console versions – is how the game was clearly designed for a touch screen. The light sprite is controlled with the right stick, meaning you have to manually bring it from spot to spot. In the mobile and PC versions, you can just bring it wherever with a quick touch, or a swift click, whereas the Switch version requires you to bring that firefly everywhere, casting shadows all over the place and potentially clipping things by accident. It works fine as it is, but you can tell in a few spots that dragging the light is the more cumbersome way to do things. And yet, even in handheld mode, there is no option to use the touch screen to control it. This lack of option is disappointing.

Thirdly, there is a bizarre quirk that seems to come down to a combination of direction and level design. You see, the light is stationary, even if Greta or the camera moves. Since the light can never be off-camera, if Greta moves enough to the right, the screen itself will drag the light along with it. Good idea on principle, but there will be moments where the camera is so focused on Greta, a single jump from her will move the light, ruining whatever shadow setup you had going on. Frustrating enough if you came up with a creative idea for a wide platform, but downright maddening when it comes up in a mandatory sequence. In at least one place, the distance between Greta and the light was so great, the shadow I created moved by itself for a few seconds, and I’m struggling to figure out if that was intentional or not. Regardless, it’s the sort of effect that takes control away from the player, and I wasn’t a fan. 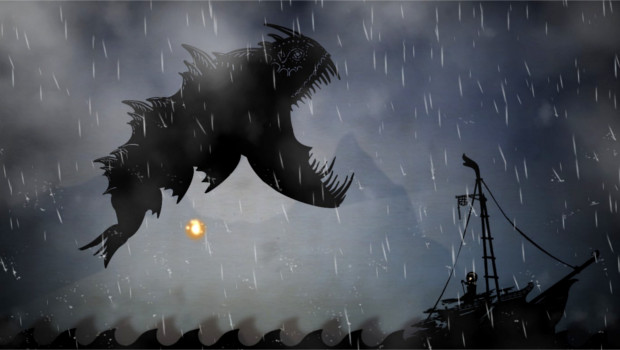 Did I go overboard?

Despite its flaws, Projection: First Light is still a pretty pleasant experience, albeit not a very long one. It clocks at roughly 5 hours, which feels perhaps too short, but it is enough to share its ideas with us, and not overstay its welcome.

There is sadly barely any postgame content, too. Collecting the remaining butterflies is all that’s left, and there’s otherwise no replay value. In fact, we can’t even skip the cutscenes we’ve already seen, which suggests the game isn’t meant to be replayed.

Projection, like Greta, feels creative and clumsy all at the same time. Regardless, it looks delightful, and it’s very pleasant to play while it lasts. Quite a respectable effort from Shadowplay Studio’s first light.

It seems the developers really did their homework, showcasing subtle changes in style – both in puppet aesthetic and ambient music – to reflect whatever country or culture Greta is currently travelling through.