The Rhythm Paradise series finally makes a return after a 4 year hiatus since its previous Wii release so what can we expect from this new entry on 3DS? Has anything changed? Or is it just a bunch of the same old? 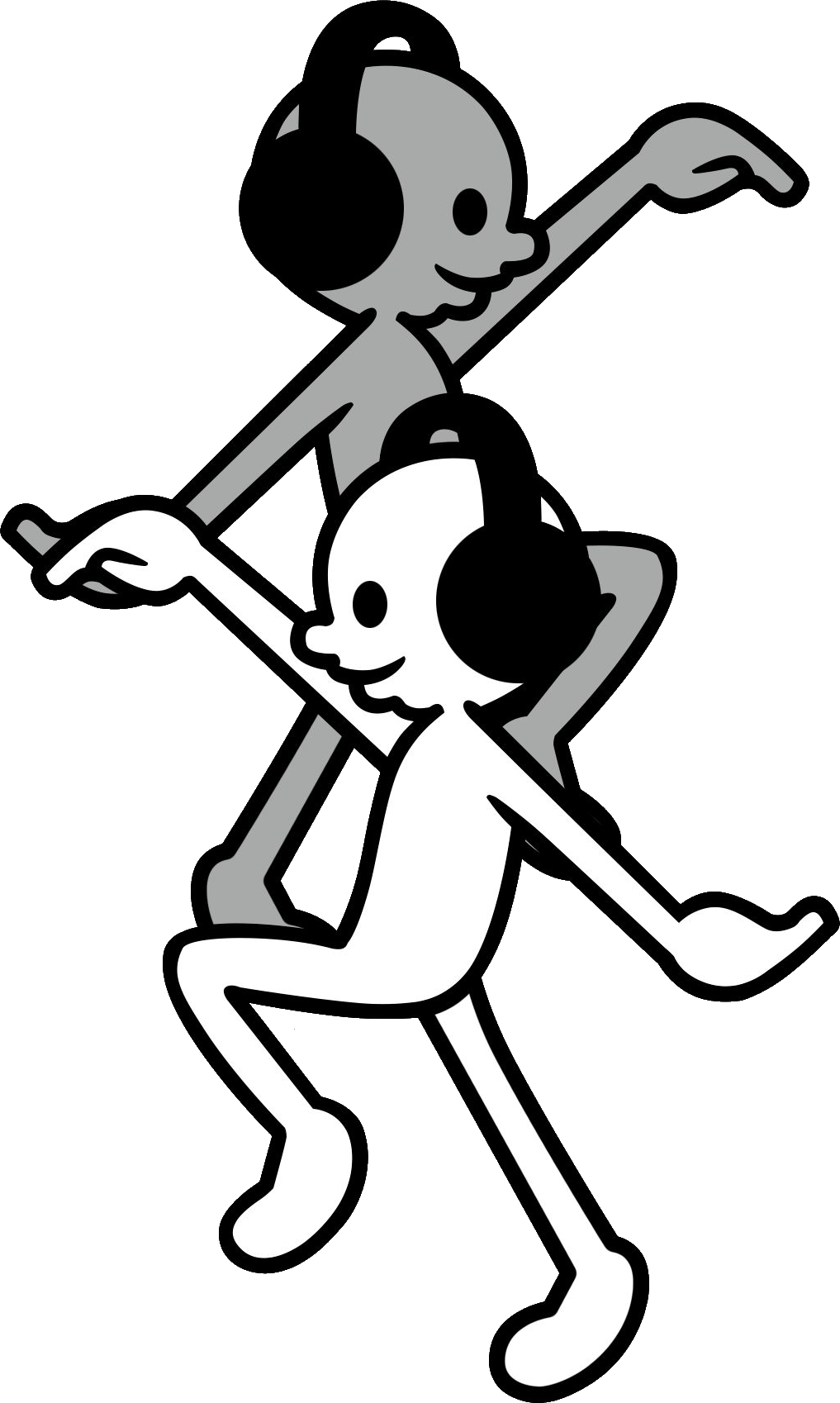 For the uninitiated, Rhythm Paradise tasks you with completing a series of musical minigames by tapping the A or B buttons in time with the beat, making your on-screen character perform crazy actions in bizarre situations, much like a musical WarioWare.

The games on offer are always absurd and quite often hilarious, with the crazy gameplay complimenting the music. For example, one game has you controlling a single Flamingo in a huge flock, stomping his way across earth, with each stomp you make resulting in a loud thud providing the bass for the music.

Each mini-game starts with a practice which gets you into the flow of the music and teaches you the basic controls of that game before throwing you into the full song which typically lasts anywhere between 45 seconds and two minutes. That’s the premise of the series as a whole and is what we’ve been enjoying since the GBA days, and whilst Megamix does retain this format to a degree, it offers masses more content and is by far the meatiest dish yet. 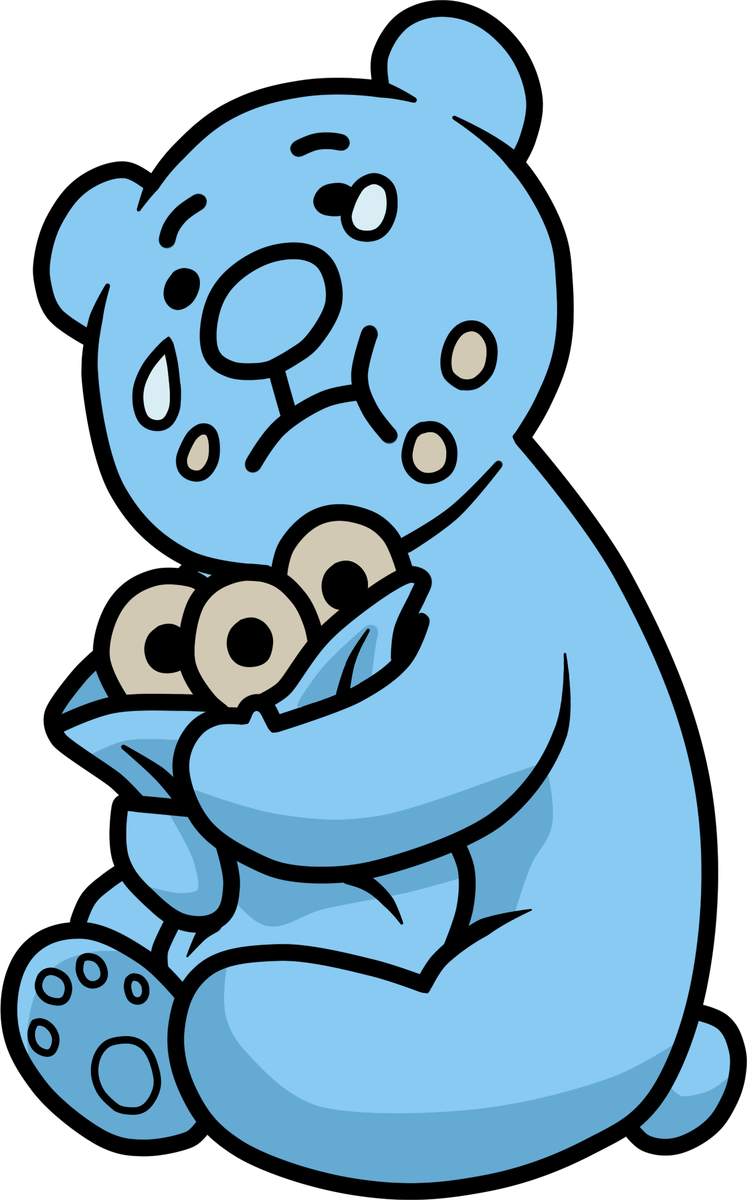 This 3DS title has a bunch of classic games from previous titles such as Karate Man, Glee Club and Space Ball. Fans of previous entries will be very impressed by the fan service, as classic GBA-era songs return and favourite characters are re-born with crisp and clean illustrations and a splashing of 3D. There’s a few new games as well, some of which are the best yet, such as a depressed bear that overcomes his breakup by flinging masses of donuts and cake into his mouth.

As you scoff cake to the beat up top, the bottom screen provides a deeper insight into your timing with an icon appearing on the left, right or middle of the screen depending on how well you performed that particular beat. At the end of each song you’ll be rated out of 100 and it’ll take into account any missed beats and dodgy timing.

Each section will have four of these games and then a final ‘remix’ mixing up all of the games you’ve just learnt into an epic final song with an over-riding theme throughout and a new music track (often with lyrics too) to bring them all together. 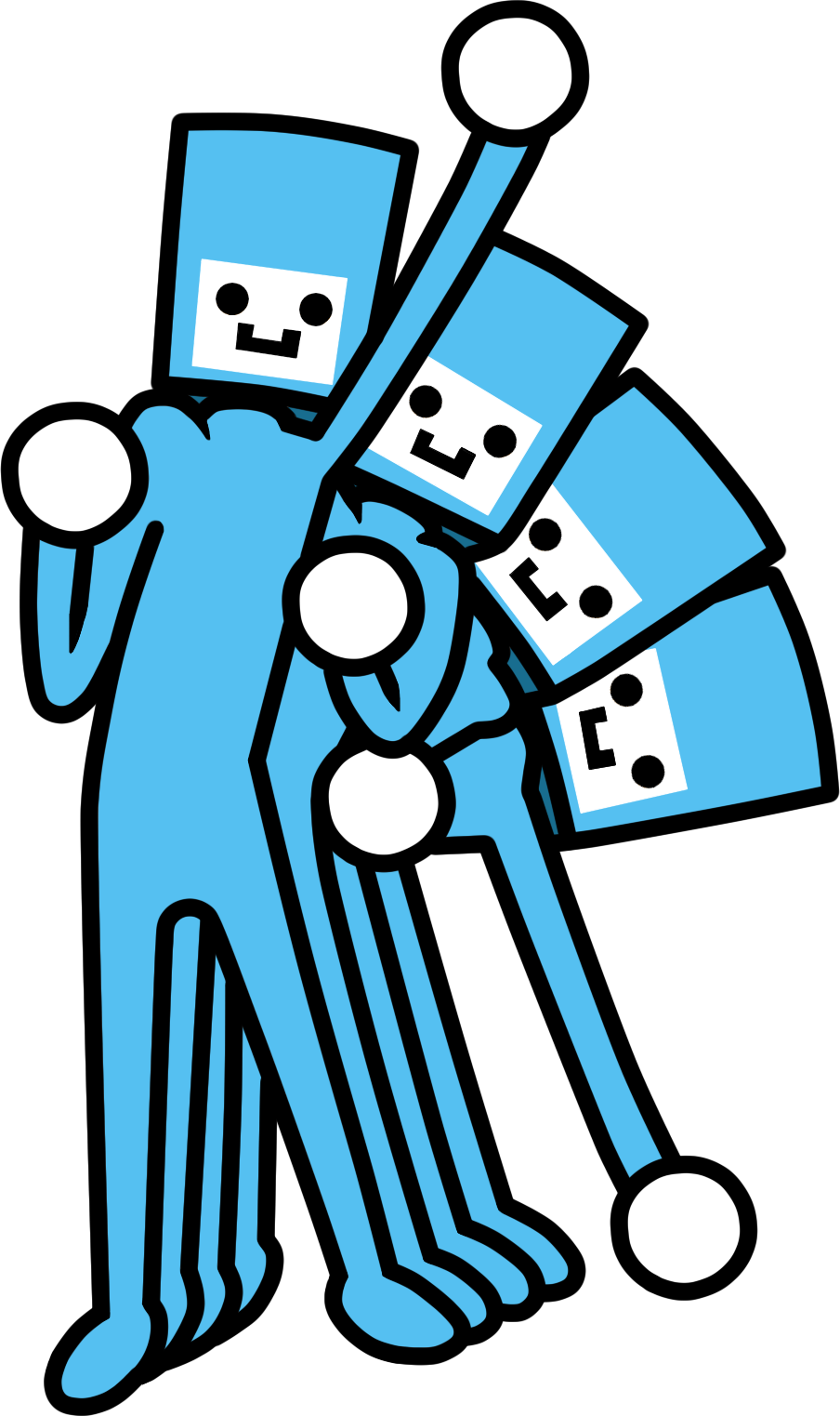 In Megamix, you’ll be guided throughout the game in a ‘story’ as oppose to being given a menu screen to work through by yourself. The main character will meet a bunch of other quirky people on his journey that need you to return their flow, or indeed, take you through mini-games, with each character you meet playing host to four games.

The first section of the game will see you working your way through a whopping 24 games in this format. Once this section is completed the games will be available again in towers, with each tower having 5 games each with the ability to unlock and play a remix as the 5th game , much like previous entries.

Once you have completed the towers, you'll be able to continue the story once more and follow the same format again.

The idea of bunching the games together in this way to then tackle them later on again (with a slightly new beat or altered music) brings it all together as a full package and really pads out the experience for the better but the story itself is so dull and long-winded that you’ll find yourself constantly pressing the A button to skip text.

From its humble GBA beginnings to its simple bold illustrations on Wii, Rhythm Paradise has always been about clean and clear visuals and it’s no different here. With bold lines and lots of colour, the simple designs but vibrant world fits the 3DS perfectly and it looks nicer than ever, with remade artwork for the returning older games and subtle 3D effects across the board.

Famous Japanese songwriter and producer Tsunku is back once again to provide the music for this title giving it that familiar Rhythm Paradise feel and the vocal songs in particular will please any J-pop fans with its stark similarities to the likes of Morning Musume and Aya Matsuura, idols that Tsunku also produces for. There are options to toggle between English and Japanese audio and whilst the English lyrics don’t hold up nearly as well it’s all down to personal taste so it’s fun to try each song in both versions. 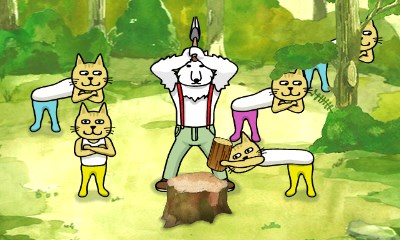 There’s plenty to do and unlock outside of the main section this time around. With each game you play you’ll earn coins depending on how well you do and these coins can be spent in the shop to buy music tracks or items that can be put on display in a museum. With two collectible items per mini-game on offer at the shop, it’ll take you a while to fill that museum and get it looking as nice as a Blathers establishment.

Flow Orbs are another form of in-game currency that cannot be unlocked in the main game that allow you to buy all new minigames. These can be unlocked in Challenge mode.

The Challenges section picks a random game and tasks you with clearing it with a perfect score, providing you with a Flow Orb if you do. Right next door is the Challenge Train, a train that lines up 3 minigames that must be cleared in a row, only allowing you to progress if you earn a certain amount of points per song, providing you with a Flow Orb if you win. The great thing about this section is that it also offers download play, so you and a friend can go against one another, playing games at the same time whilst trying to get the highest score and obtaining those all important Flow Orbs in the process. 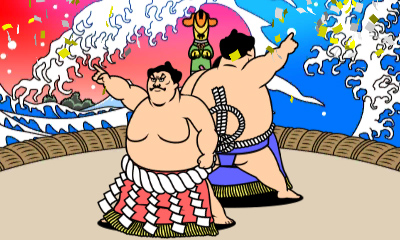 With the coin collecting, story mode, Flow Orbs, a museum that needs filling and a goat that needs feeding (you read that right, but we’ll let you discover that cute nugget for yourself), Rhythm Paradise MEGAMIX provides a bunch of classic and new mini-games in a large package that just begs you to replay games over and over. Not only are there a bunch of games on offer here, but both the European and Japanese audio tracks are available that not only change a bunch of the audio cues and sound effects but also change a lot of the lyrics found in the Remix games.

With around 100 minigames new and old, this is no doubt the biggest Rhythm Paradise title yet and it’s the perfect collection for fans of the series that want a nostalgic rush or newcomers that have never experienced the thrill of punching rocks and plucking onion hair to the rhythm of Tsunku’s catchy tunes.

A depressed bear overcomes his breakup by flinging masses of donuts and cake into his mouth.