Imitation is the sincerest form of flattery.

I don’t think it’s possible to deny that ‘Dark Souls’ has become as much of a buzzword as it has a terrific franchise. Much like the term Metroidvania, inspired by both the Metroid and Castlevania franchises, comparing games to Dark Souls seems to have become somewhat of trend.

Likewise, many games actively compared themselves to Dark Souls. Who can blame them? There’s no doubt that From Software’s superb trilogy – and also Bloodborne – have had a huge influence on the gaming industry. So what of Salt & Sanctuary, an indie title made and published by Ska Studios? Salt & Sanctuary isn’t just a Dark Souls derivative; it’s an exceptionally good one.

Salt & Sanctuary doesn’t hide away from its inspiration. In fact, the moment-to-moment gameplay is so beholden to the Dark Souls’ template that you would think that From Software had a hand in development. Perhaps the two most obvious examples from this come from the way that Salt & Sanctuary borrows both the unique respawn mechanic – where the player must reclaim the lost experience, or salt, by retracing their previous adventure –or the way player unlocks shortcuts and alternative routes through the game world to aid exploration. Dark Souls save system is also replicated here, but with bonfires replaced with sanctuaries. 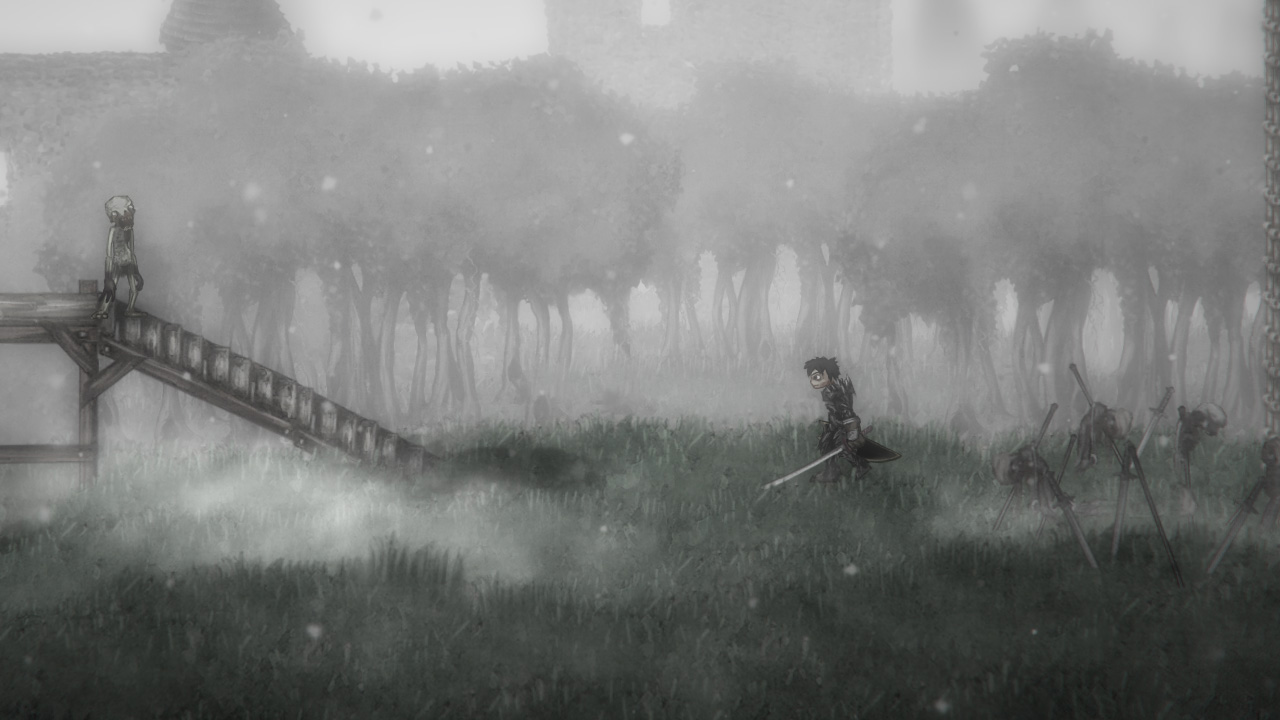 If a videogame was to borrow so heavily from any other it would perhaps raise eyebrows and draw controversy from the gaming community, but Salt & Sanctuary is such a brilliant 2D spin on the unique, critically acclaimed franchise that one can only applaud the brilliance of Ska Studio’s work. Gaming experienced the jump from 2D-to-3D gameplay in the mid-1990’s, but the recent emergence of the Soul’s formula has meant that Salt & Sanctuary is one of the first games to take a 3D formula and turn it into 2D. And it works.

With that in mind, the exploration and world traversal in Salt & Sanctuary feels eerily familiar to another classic franchise, namely Castlevania. Exploring Salt & Sanctuary’s vast overworld reminded me greatly of Koji Ogarashi’s non-linear gothic worlds. The opening hours introduced me to a variety of environments, from small villages to tunnels etching their way through castles. Whereas Dark Souls actively wants players to feel lost in their worlds, Salt & Sanctuary encourages platforming through the labyrinth-like world. Thankfully progression remains relatively straight forward, with a combination of short cuts and new platforming abilities helping to allow for exploration and better platforming.

Combat also forms a large part of Salt & Sanctuary’s gameplay. Players have the opportunity to create their own weapon builds, either putting a focus on heavy armour and weapons which deplete stamina quickly, or going the route of a more agile yet weaker hero. In my original play through of the game on the PlayStation 4 last year I chose the latter gameplay style, but I was pleasantly surprised to see that going for a heavy build worked so well. Like the games it is inspired by, the weight of the platforming and character movements during battle is excellent; if you find yourself struggling to traverse an area or beat an enemy, it won’t be because of the controls or the physics. 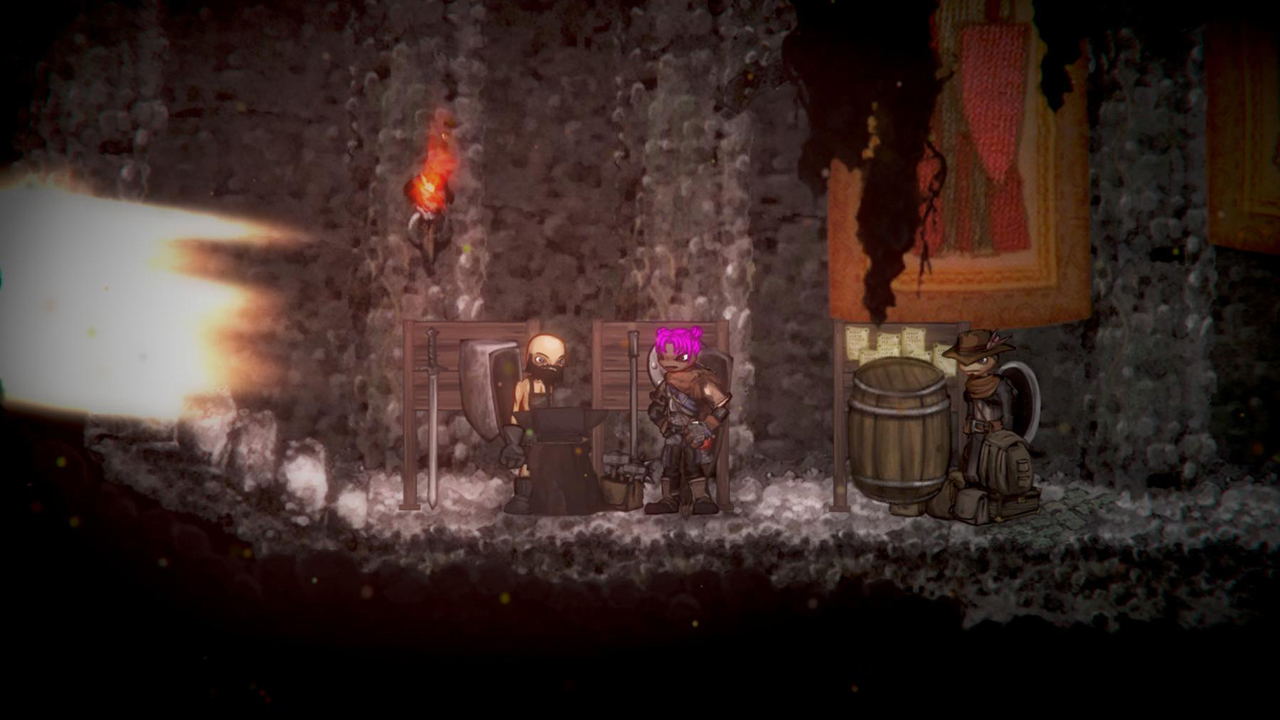 Much of the praise I have given to Salt & Sanctuary has already been heaped onto the game from its original release in 2016, but returning to the game shows just how well the game still feels. The enemies and bosses are still very challenging, world traversal and exploration still feels rewarding and best of all, the game is still as addictive as I remember it be. The game is right on home on the Nintendo Switch too, although I would suggest playing the game with a D-pad and not the analogue stick.

One area where the games limited budget does show however is the soundtrack. Whilst sound effects work well to create an eerie atmosphere, the music that plays throughout the game is very limited and throughout the 50+ hours I put into the game, I lost count of how many times I heard the same music. The art style may also be somewhat controversial and whilst I appreciated the games artwork, especially when it came to creating truly terrifying bosses, I appreciate that many may find it somewhat generic.

Salt & Sanctuary is a love letter to the Dark Souls titles. Whilst many may dismiss the game for being a clone, the amount of attention and labour that has gone into creating such a rewarding game, both in terms of combat and world traversal, is inspiring. If you haven’t had the chance to pick this game up yet, please do. It’s the perfect Switch title, and one of the best independent titles to be released on the system.

Salt & Sanctuary does not try and hide its influences, but rather than simply mirror other games it takes these to make its own unique - and fantastic - experience.