Before the birth of Telltale Games, the point-and-click adventure game was at risk of dying a slow and painful death. The popularity of the genre saw a recent unexpected and swift decline following a massive success in the '80's and '90's, with LucasArts being one of the only companies still putting out adventures like the Monkey Island series and Grim Fandango. When the company cancelled a new installment in the niche Sam & Max series for no apparent reason, many employees took this as their cue to leave LucasArts and start Telltale Games, who pretty much resurrected the point-and-click game single-handedly.

To the unenlightened ones reading this, Telltale's new episodic gaming series is based on the strange Flash world of Homestarrunner.com, a website created by Matt and Mike Chapman which focusses on the day to day shenanigans of the inhabitants of Free Country, USA (check out the website if you want more back story; the cartoons have to be watched to fully appreciate their greatness). Whilst Homestar Runner gets his name in the website and various different cartoons, the real star of the site is Strong Bad, who reads out and answers fan mail in a mocking yet hilarious kind of way, and often takes up reader challenges or questions resulting in mini cartoon adventures. So it's no surprise then that the self-proclaimed lord of all things cool and attractive is the star of this new game. 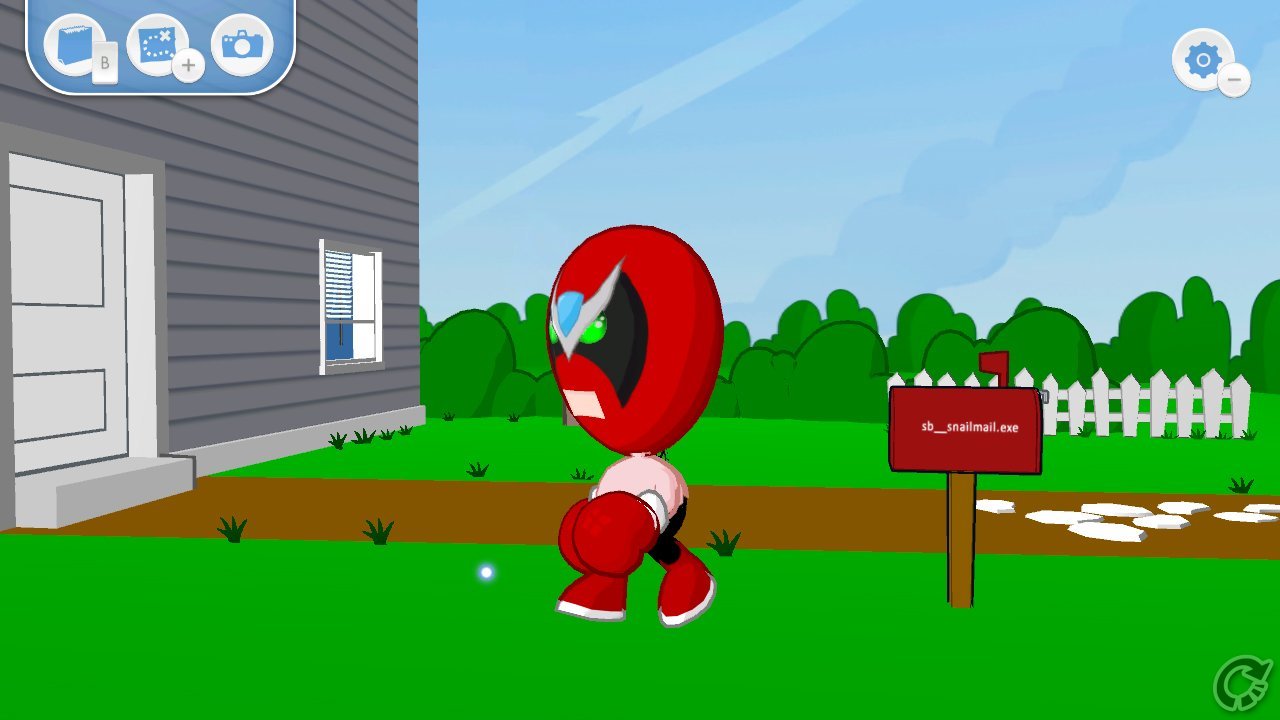 The game is peppered with little references and jokes...

Our adventure kicks off when the wrestling mask clad anti-hero is doing his regular email checking routine when he gets an interesting email from one of his readers. The 'Frenchie' questions Mr. Bad as to why he hasn't pulverised his arch-nemesis Homestar Runner yet. A cataclysmic chain of events ensue, and Strong Bad ends up with a disgraced and depressed Homestar moping around his domain with no sign of him leaving at any time soon. To reclaim his house so that he can check his email in peace once again, Strong Bad must get Homestar's dignity back – and it ain't gonna be easy...

Navigating your new environment is incredibly easy: point with your Wii cursor, and click where you want to go. The game world is pretty small, with only a few major areas and characters to talk to, but it's the way in which you interact with Free Country which really matters. As you click about, you'll be able to talk to characters, check out and/or pick up random objects lying about and try using your inventory items on everything you can; even if your item isn't designed to work on a specific in-game object, the reaction given by Strong Bad, the object or another character can be hilarious.

And the hilarity just never ends. Those of you familiar with the Homestarrunner.com universe will know that whilst the humour at first appears to be juvenile and kiddy, you soon realise the genius of the Brothers Chaps (and in this case, Telltale) and their jokes which can only be truly appreciated by older players. The fantastically funny dialogue flows like a river of saliva harvested from the mouth of Robin Williams – woe betide you if you decide to skip a conversation, as you'll either miss a vital gameplay hint or a side-splitting pun.

Strong Bad's Cool Game For Attractive People remains extremely faithful to the Flash series; all (or at least the majority) of the major characters are present in some shape or form, from the depressing Strong Sad to the feces-shovelling mime, the Poopsmith. Trogdor, Coach Z's hip-hop songs and various other in-references to the cartoon pop up in different places and are always done correctly and with justice. We'd view this as a downside to newcomers to the series, as the many fantastic references will leave them confused and a bit unsatisfied. 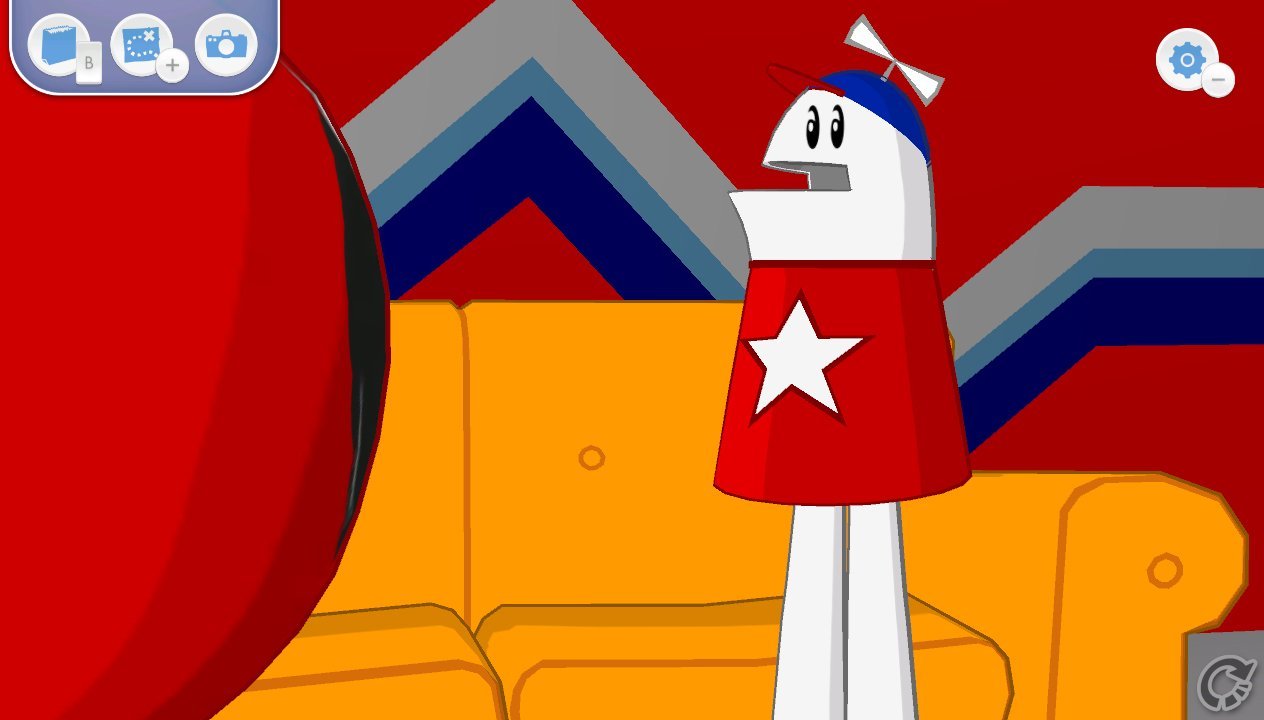 The graphical style is simple but runs silky smooth.

We've intentionally left out any major plot details, as at 2-4 hours (if you explore everywhere and look at everything) you won't really want to know anything other than the basic storyline at risk of taking away part of your experience. Beyond your initial completion, an 'Extended Play' mode is available, which is a sandbox mode and let's you freely check out everything in Free Country without objectives hanging over you. There are also a few unlockables, including achievements in the game (making Homestar swear, doing a lot of a certain activity, etc.) which are rewarded with trophies, discovering all the parts to an in-game videogame manual will next you Snake Boxer 5, a surprisingly addictive NES/early arcade spoof game in which you punch snakes – Videlectrix will be creating a new retro minigame for each episode of SBCG4AP. Oh, and there's also...

TEEN GIRL SQUAD! Strong Bad created this unfortunate four-some of school girls in the web series; a stereotypical group of girl teens who pine after boys like ants on honey, and always end up dying painfully creative deaths. There are a few collectible death scenes littered throughout the game which can be used to create your own Teen Girl Squad comic. Points are rewarded if you manage to kill or seriously maim all four girls by the end of the progressing storyline. This provides a fun distraction from the main gameplay, but it's damn hard to get the right death combination. 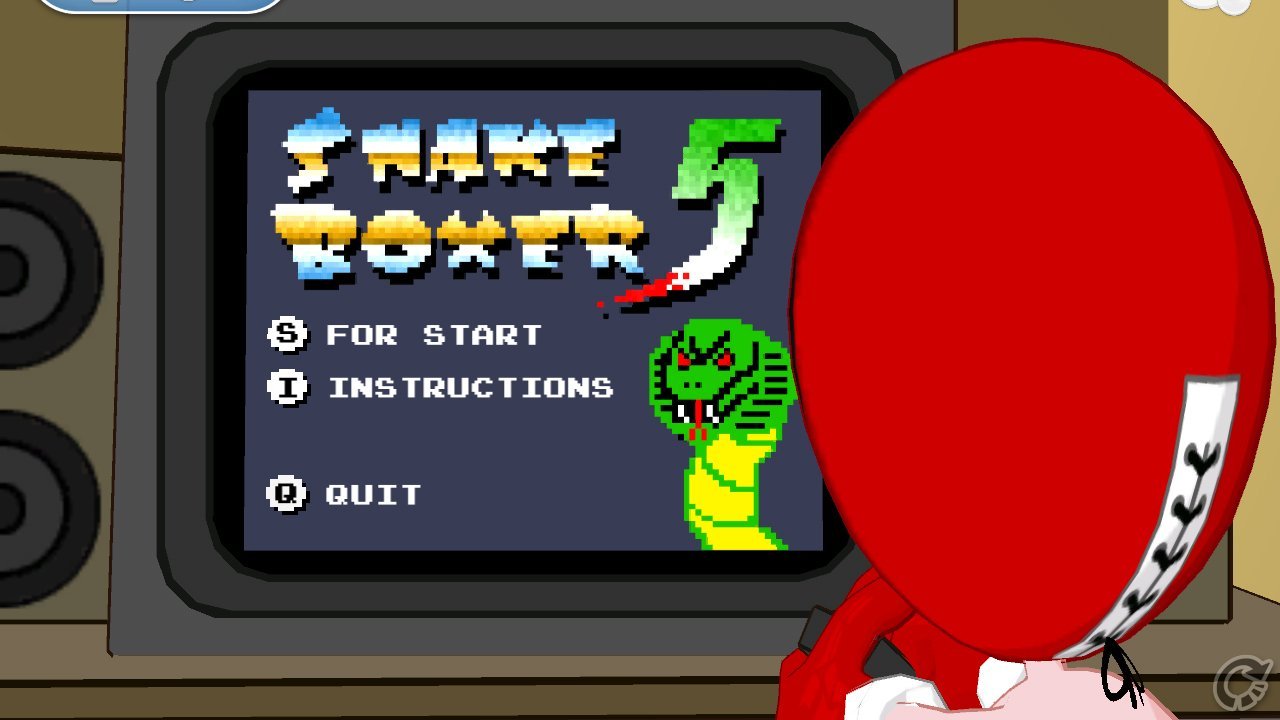 One of the few (but very nifty) Wii specific features is the ability to take pictures of your in-game shenanigans, attach them to emails and send them off to Wii friends from Strong Bad's trusty Lappy computer. A small feature it may be, but at least it's there – a lot more games would benefit from the addition of WiiConnect24.

Replaying the game again is very rewarding, as you'll pick up on a lot more references and puns on another playthrough, as well as picking up all the different aforementioned unlockables. SBCG4AP is virtual proof that the point-and-click adventure game is alive and well, and still extremely fun and rewarding to play. This is one of the funniest and best Wii games released to date, period.

And the best? There's still four more installments to come starting with Strong Badia the Free next month. Bring. It. On.

Our final scores lie right below:

Bucketloads of humour, an involving and relatively challenging gameplay experience, lots of references and continuity for long time fans, and generally a fun game to play. For 1000 Wii Points, it's an absolute steal.

Inreferences will confuse newcomers
It's impossible to avoid this cliché: it has to end