When you think of card games you generally think of a bunch of people sat around the table in a circle, money tossed from one person to the other, drinks spilling into every orifice and smoke masking the air in a beautiful yellow hue. Well, Shephy is set to change that perception with this fun, bizarre, sheep infested single player card game!

Shephy tasks you with reaching a population of 1000 sheep before 3 rounds are over by handing you a set of cards; five in hand, 17 in the deck, replacing a card in hand when one is used from the deck until all are gone and you can move on to the next round.

If you haven’t reached a population of 1000 sheep before the end of the 3 rounds, you have failed and the entire sheep population gets destroyed anyway.

Each set of cards is always the same but handed out in a different order so it’s up to your organisational skills to decide when to kill and when to save a sheep. 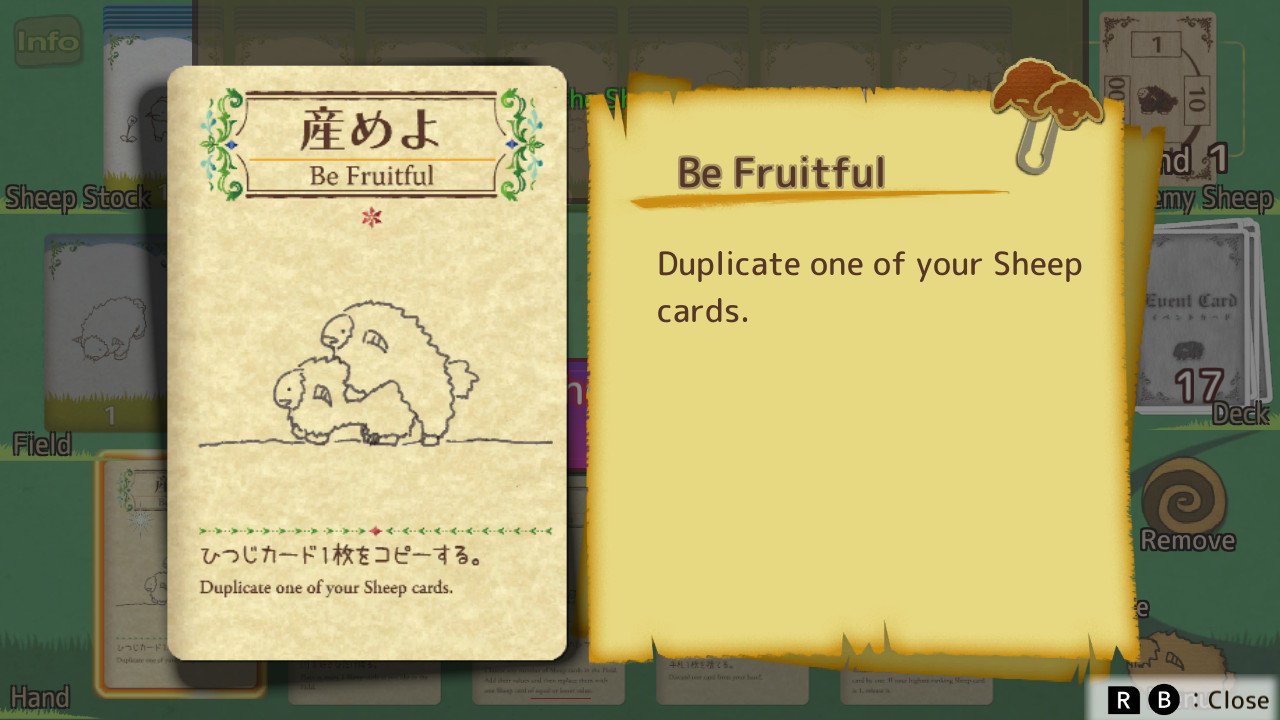 Sometimes you can level up a sheep with a specific level up card, but generally you increase a single cards worth by fusing them together with a ‘Shepherd’ card which lets you round up a bunch of single sheep cards to make one card worth 10 sheep.
This is handy because then when you get a ‘fruitful’ card, instead of duplicating one sheep, you’re duplicating a single card worth 10. The next level is 30, so when you manage to get three ’10 sheep’ cards on the field, you can fuse them together and have a single ’30 sheep’ card which clearly, is even better for duplicating. The next level is 100, then 300, and it’s a case of getting the value of that single sheep card as high as possible for when you get handed the few ‘fruitful’ cards per round.

This can also become a problem though if you get a wolf card which kills 3 sheep cards – If you still had that herd of single sheep cards it wouldn’t be so bad, but now that each card is worth so much, that’s a lot of puffy wool balls dead in one go – So it’s good to have a few single sheep cards left on the field for sacrifice purposes.

Each deck of cards has a large number of evil things or events just waiting to kill sheep on the field such as a wolf which kills 3 sheep cards, a meteor which kills four or the Grim Reaper which kills 7. There are saviours too, such as the sheep dog card which can remove a card from your hand, but there are far less saviours than there are evils, so it’s a case of making sure you’re using the less traumatic evil cards on some low level sheep and keeping that sheep dog to fend off the truly devastating attacks.

Because of this it’s a constant risk taking game of expanding the worth of a single sheep card for multiplying purposes, and risking all of those sheep in a single card facing an untimely death by meteor’s, falling rocks or the grim reaper.

With the sheer amount of evil these pure and innocent sheep face, Shephy is a surprisingly hard card game and I’ve often found myself victim to a wolf attack and end of the world scenario far more than actually reaching that illusive population of 1000. 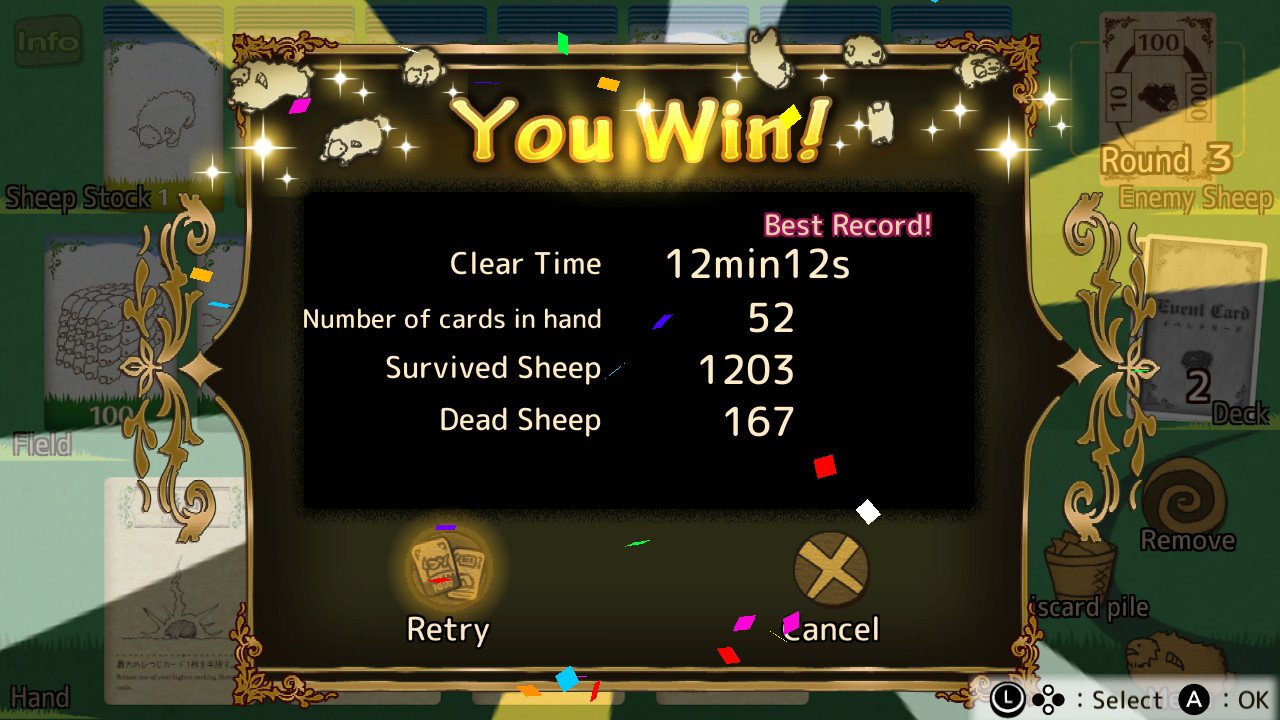 The Basic Mode records your clear time and it gets surprisingly addictive, I currently have a best time of 7 minutes but keep trying to get under that 5 minute mark.

There is a Story Mode too which changes up the cards for different chapters, one chapter is about a nasty epidemic sweeping the world and so you have far more ‘infection’ cards which wipe out all Sheep of a certain level.

Shephy is a simple yet surprisingly addictive card game and I’ve racked up 5 hours already largely just playing Basic Mode over and over. The artwork is incredibly charming and really sweet, despite some of the horrors it depicts. For its low price and addictive replayability, this is well worth a look on your Switch.

There is one song and it loops over and over...
Sheep die

The artwork is incredibly charming and really sweet, despite some of the horrors it depicts.