3D Sonic games have had a rough time over the years. Sega has often struggled to translate the gameplay of the classic 2D Sonic games into the 3D space. Sometimes they get certain things right, like the fantastic Sonic stages in Sonic Unleashed, and some times they completely miss the mark, with games like Sonic 06. So where does Sonic Forces fit on the scale of 3D Sonic games? Well, lets find out.

The game starts off with Modern Sonic being beaten and captured by Infinite, who is the new antagonist. With Modern Sonic out of the way, the world soon falls to ruin. The rest of Sonic's friends fall back and decide to form a resistance. Its the standard type of story that you expect from a 3D Sonic game (thankfully no Sonic-on-human female action going on here) but it also works as a way to introduce you to the character creation tool and helps fit your character into the world.

When it's time to create your character there are a few options to choose from at the start and while it may seem a bit lacking, you'll soon be overwhelmed by just how much you can customise the character once you start unlocking items. Things like gloves, hats, shoes, tops and body wear can all be unlocked as you go throughout the game.

There is more to the character than how it looks. Each of the animals that are available comes with a special trait. Some can jump high, while others can give you a ring bonus. I went with a wolf and this gave me a bonus where items would be drawn to me. This came in handy if I mistimed a jump and the items were just out of reach. The trait would kick in and bring the items to me. 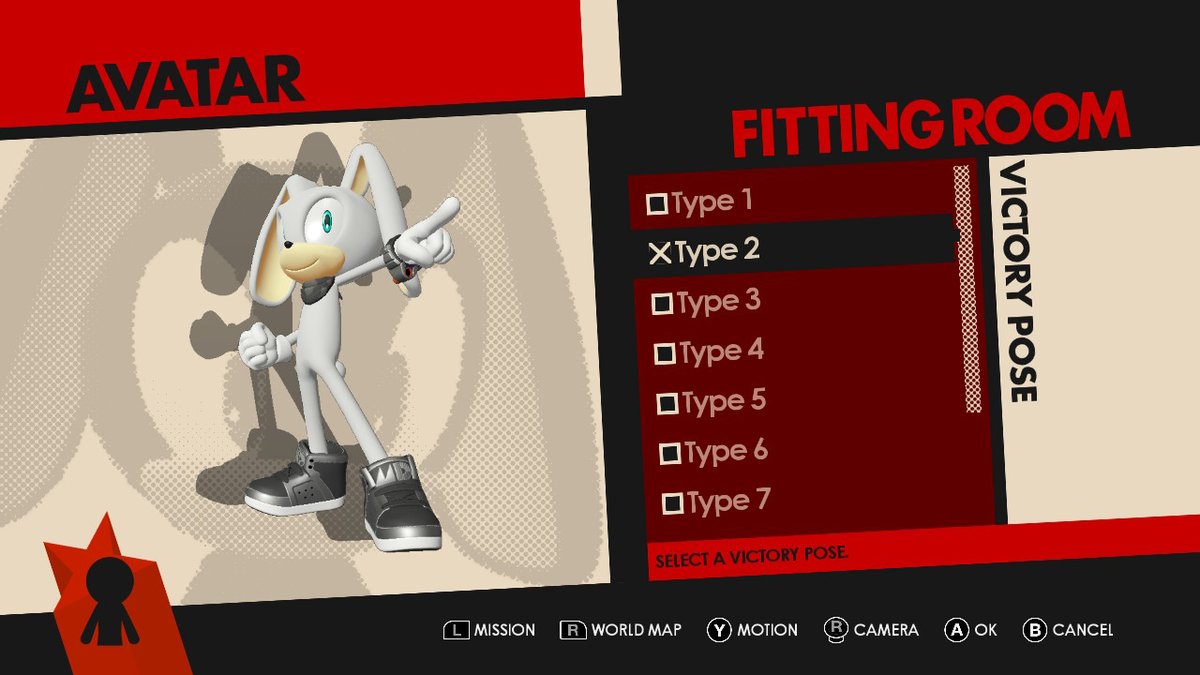 Once you have created your character you then get to use him or her throughout various points in the game. Your character will also be present in all the cut-scenes from here on out.

The game is broken up into 30 main stages. You will play as your created character in these, as well as playing as Modern Sonic and Classic Sonic at various times. There are also times when your created character and Sonic will team up in a stage. These sections feel like a call back to Sonic Heroes, with both characters being able to use each of their individual abilities. There is also a link up move that occurs at set times during the game. You just need to hammer the Y button when prompted to see this in effect.

Each characters stages play slightly differently. Modern Sonic plays as he has done in games like Unleashed and Generations, with a fast past, 3D stage being the main focus for him. Classic Sonic sticks to the usual 2D stages that he is known for. Lastly, your created character tends to play more like Modern Sonic but he has Wisp abilities and a weapon at his disposal. We aren't talking Shadow the Hedgehog style run and gunning here, it's just a hook-shot and a bullet type, depending on the Wisp that is chosen. 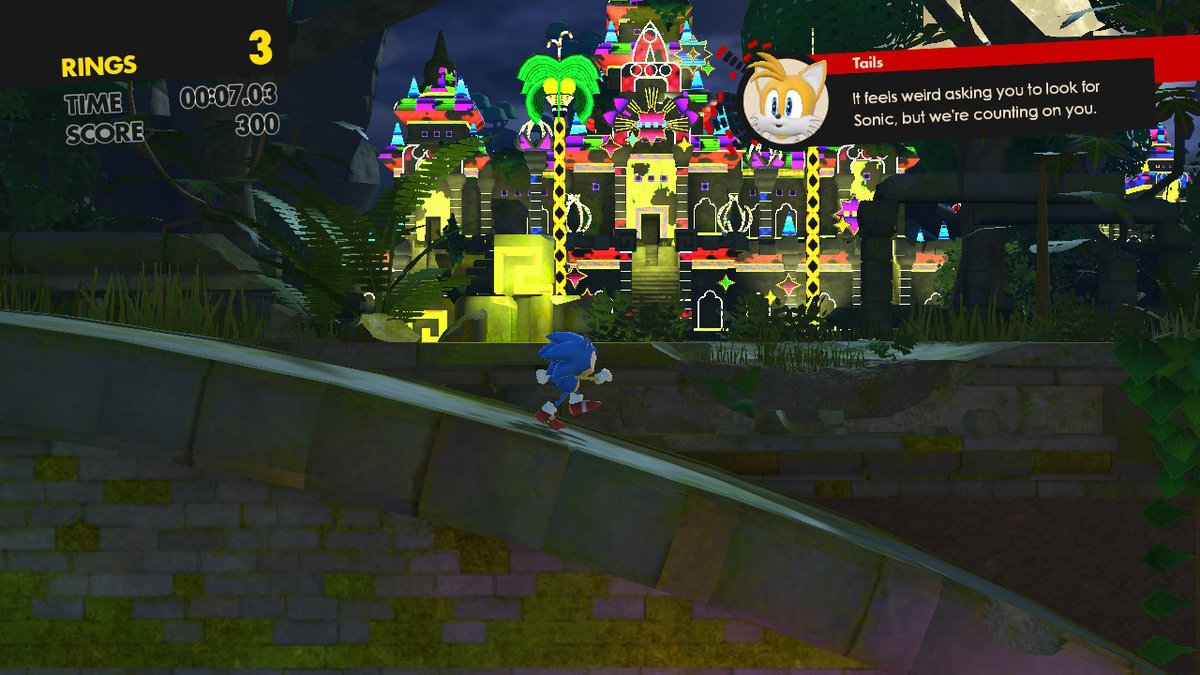 Speaking of Wisps, as you can guess these have once again made a return and play a big part of the game for your created character. Each Wisp is used in your characters weapon, which is called a Wispon. These will give your character certain abilities depending on what Wispon you pick. A certain Wispon will allow you to fire your weapon as a flamethrower and also give you the rocket boost ability if you find the Wisp in a stage. Another Wispon gives you the abilities to use a lightning whip and then lets you charge towards enemies and rings if you find the corresponding Wisp. Modern Sonic gets in on the Wisp action as well but only uses them as a refill for his boost gauge.

The length of the game may be a sticking point for some. I managed to see the credits roll after about 4-5 hours play time. I guess this is why it's a budget release. However, I personally think it's a good thing. In the past, I've often found 3D Sonic games stages to overstay their welcome. Certain stages would just drag on and on and sometimes have crazy difficulty spikes that would keep you pinned at the same spot for a while. This isn't the case with Forces. A lot of the stages are over very fast. I think my highest time on a stage was around the 4-5 minute mark. This kept the game flowing and kept things fresh, which is also helped by the way you keep switching between different characters.

While the main game may be short, there is a crazy amount of extras to be unlocked. There are special stages, extra stages, S ranks to be earn, 5 red star rings to be found in each stage, daily and regular challenges to be completed, time trials to beat, moon coins to find and many, MANY custom items to be unlocked. There looks to be more content on the way as well. Inside the box there was a leaflet saying that Shadow DLC is on the way. So the game certainly has lots to keep players busy.ÂÂ  If I was just reviewing the 'main' game I'd have given lifespan a 3, but the extra content really does add a lot of depth to Sonic Forces.ÂÂ

S ranks aren't a new thing to Sonic games but there is a nice new twist to how they work in this game. You get scored on a stage like you always have but you can help boost your score a little by doing a daily challenge. Completing a daily challenge will give your character a score boost. When I played through the game I had a score boost of 1.3 for half an hour. This allowed me to reach the requirements for S rank more easily and makes the game less punishing in the long run. You can do a daily challenge once per day but you can also do a challenge that is 1 or 2 days ahead. This will come in handy if a person is unable to play the game on the following day and he or she can now get tomorrows bonus a day early. 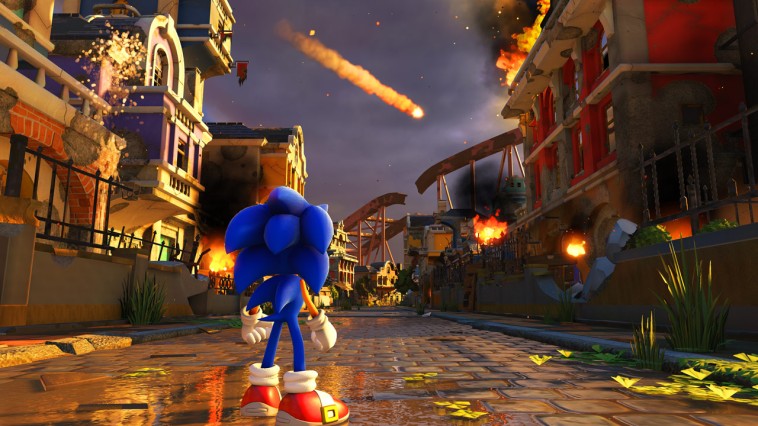 The game does have a couple of blemishes that do need pointing out. There were a couple of technical issues/weird choices, that are in the game. For some reason the audio when characters talk sounds really weird. It's as if they were going for making the characters sound like they were chatting on a radio. Maybe that's exactly what it was? It's just weird because sometimes it's there and other times it's not. Another weird thing is that when you boost with Modern Sonic the music goes loud and then goes quiet again when your boost runs out. It's pretty off putting and I'm not sure why they've done it.

It wouldn't be a Sonic write up if the music didn't get mentioned and this game really delivers on this front. The music in the game really reminds me of things like the Sonic Adventure games and even Sonic R, to a certain extent. I realize this is very much a taste thing and many will be reaching for that mute button, but for me this is a fantastic soundtrack and one I'll certainly be listening to in the future.

Sonic Mania was released a few months ago and it was a fantastic game that really captured what the 2D Sonic games were all about. I think this game is a perfect companion piece and one that fans of the 3D Sonic games will enjoy. It's by no means a masterpiece and i'm not going to sit here and say otherwise. What it is though is a short and sweet 3D Sonic game and certainly better than a few of the stinkers we've had in the past.

While the main game may be short, there is a crazy amount of extras to be unlocked