Stick It to The Man!

Review: Stick It to The Man!

Having started life on the PlayStation 4 back in 2014, Stick It to The Man! has seen subsequent releases on the Xbox One, PC, Wii U and now, in 2017, on Nintendo's Switch console. With the Switch indie scene becoming an increasing hot bed for not only quantity but also quality of games, Stick It to The Man! is joining an already illustrious line up on a console that's only been out for nine months. But against new and sometimes Switch specific titles like Golf Story, Steam World Dig 2, Kamiko, and RiME to name the tip of the indie iceberg, how does a three year old game hold up?

What struck me initially about Stick It (I'll be referring to as that from now on) was how it captured it's setting, style and humour almost perfectly right from the start. Let's get one thing straight, this game is absolutely bonkers, and it knows it. The whole premise itself - that our hero Ray gets whacked on the head by a mysterious object and then has a purple arm poking out of it that, not only can only he see, but it then helps him to reach higher ground, pull stickers off of walls AND read the minds of other characters - is a nonsense that somehow works, or at least you're prepared to go along with. 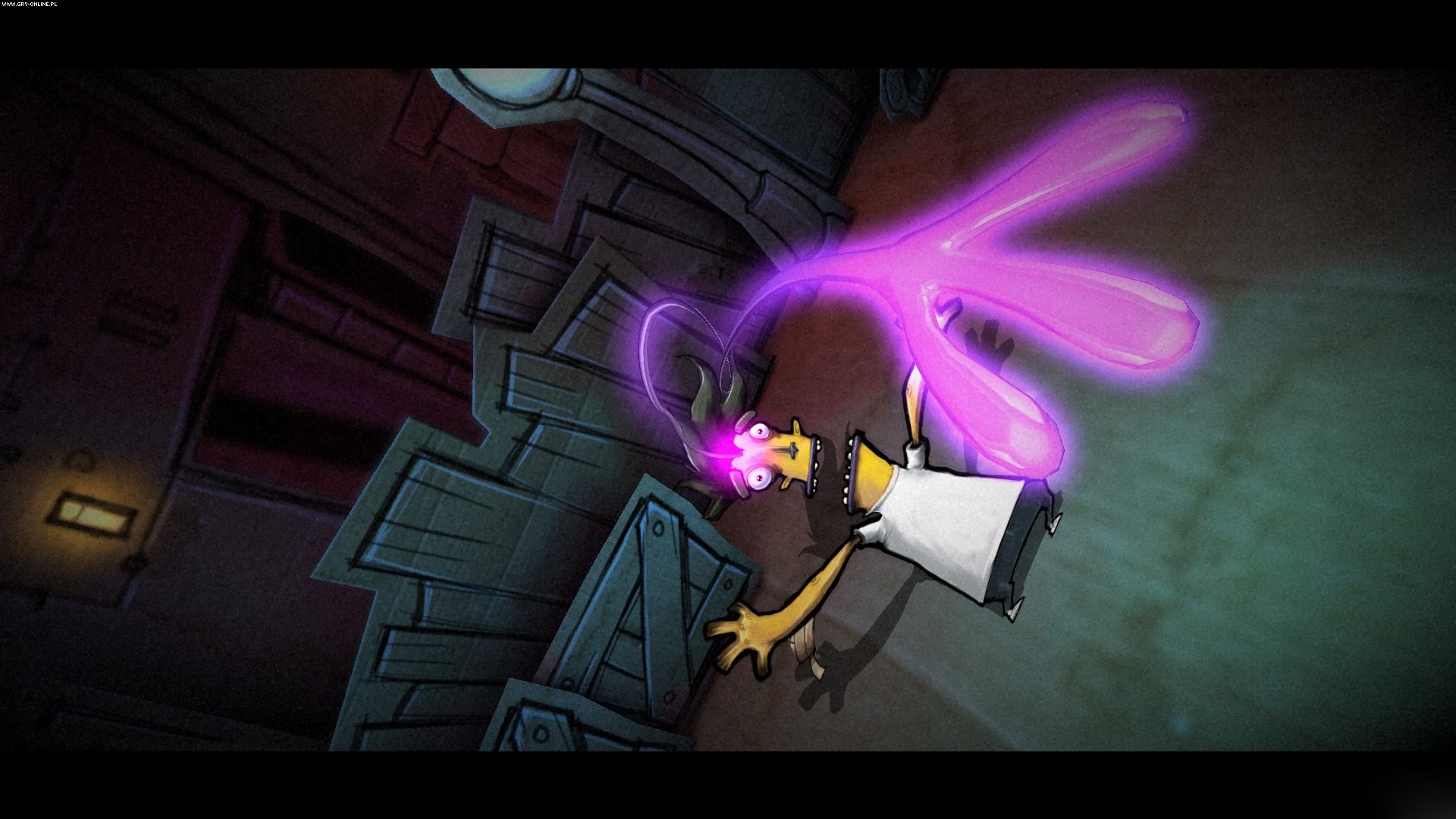 Characters are voiced with real commitment and style and the actors have been given a wonderful script to work with; an early exchange between Ray and another character about the Silver Surfer game on the NES had me genuinely laughing, and this spirit carries on throughout the game. The bleak and neon, almost Blade Runner-esque, world again brings a wonderful atmosphere to the game and because of this, and in spite of the intentionally bizarre story line, you come to care for the characters.

In terms of core mechanics, the game is in its essence a platformer, although this can be a bit hit and miss. I found some jumps that seemed like an impossible distance made, and others that looked bread and butter result in anything but a delicious pudding. There is nothing game breaking about it, but it just became frustrating. As did one of your powers supplied by the imaginary pink arm poking out of your head, which lets you grab on to things; which again I found to be temperamental and unclear at points. 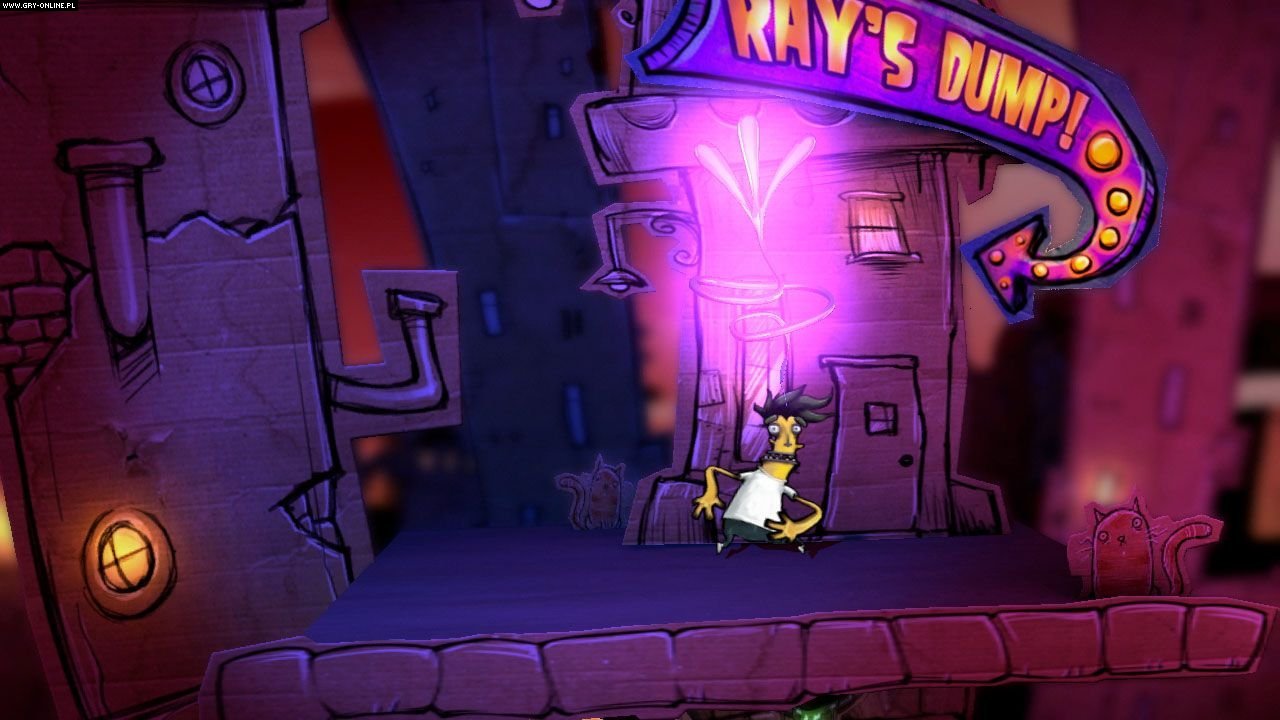 If you've played Stick It before then there doesn't seem to be enough here to bring you back for more unless you really want to have this available to you any time you want. However if, like me, you have never played it before then this is as good an opportunity as you'll get to enjoy a witty and incredibly stylish title on the Switch, it's story-driven single player action giving you about five or so hours of play which is perfect for an afternoon if you've already managed to conquer Hyrule, do the Odyssey and best Skyrim as well. As it is, I fear this game may get lost in the vast quantity of titles releasing in the run up to Christmas, but if you have the time and money do yourself a favour and enjoy a fun and silly romp with Ray.

If you've got a spare afternoon you could do a lot worse than download Stick It to The Man! An enjoyable game wrapped up in a barmy story that some how all works in perfect harmony, this game oozes charm and tongue in cheek fun and is worthy of your time should you be looking for something a bit different over the festive season.

Short
Some frustrating platforming
Could be too odd for some people

The whole premise itself [...] is a nonsense that somehow works, or at least you're prepared to go along with.