Review: The Next Penelope

Maybe you vaguely remember the name The Next Penelope. If so, it is either because you already know it from Steam on PC or maybe because you read in 2015 that this game was coming to the Wii U. Fast forward to the end of 2017, and The Next Penelope is finally seeing its release on a Nintendo console. The Switch is the place to be, but the eShop is getting crowded with great indie titles. Can this game stand out? 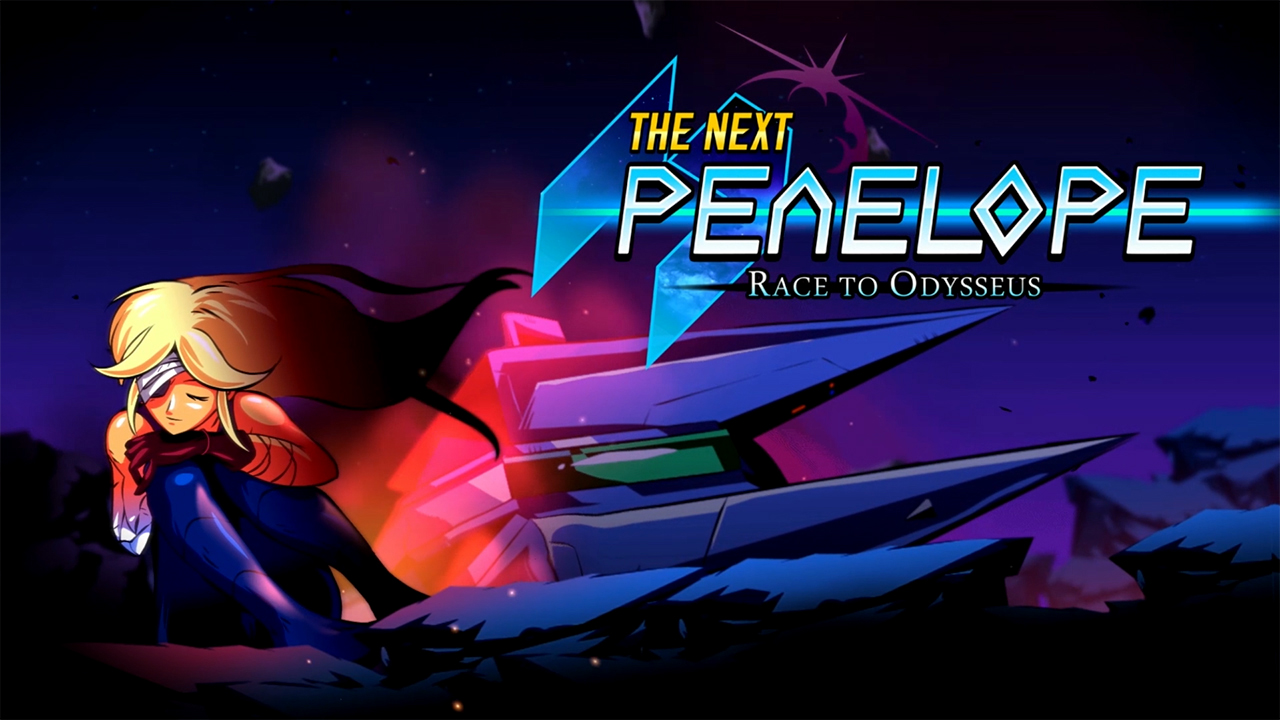 Well, all the ingredients are definitely there. The game combines a variety of genres, mostly racing and shoot 'em up, in some action-packed levels. The graphics and futuristic setting reminds of F-Zero, while the top-down gameplay on tight courses is reminiscent of a series such as Micro Machines (who still remembers that gem?). Add some weapon use to it a la R-Type and you are starting to get the picture. Finally take into account that this game was made by one man, Aurelien Regard, and you get the ambitiousness of the project.

There is even a backstory, as the game takes on a variation on the classic tale of Odyssey, from the perspective of Penelope, set in a futuristic setting. You will encounter some of the characters from the Odyssey like Penelope, who has to chase after her husband Odysseus to save him from the clutches of Poseidon. The story is told in between levels, with a really nice art-style. 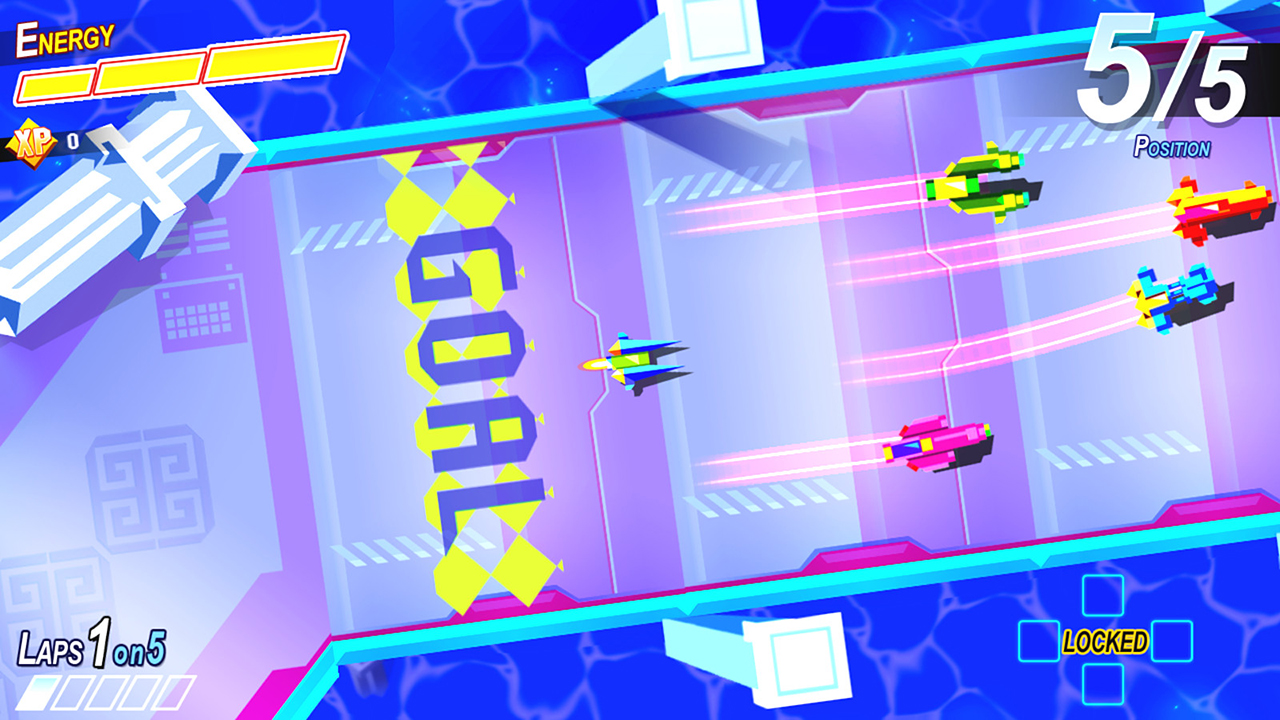 As Penelope you set out in your spaceship to find your beloved husband. By completing levels you unlock extra weapons for your ship and you gain XP which you can use to do some upgrades, such as a 10% speed increase or a dodging option. You can complete most levels in any order, although they are listed as easy, medium, or very hard so it makes sense to follow that order. You already see all levels on the map, even the locked ones which unlock after finishing the main game. By looking at the map you can already tell that this is going to be quite a short game.

It is definitely wise to start with the easier level, as this game gets tough as nails. Usually there are 3 stages per level, where the first one introduces you to a new weapon. These vary from mines to harpoons, and can be used to knock out obstacles or the competition. The second stage often lets you race against 3 AI players, and the last stage faces you off against a boss. When you complete a level you are rewarded with the weapon you just used and can use it in the next levels. 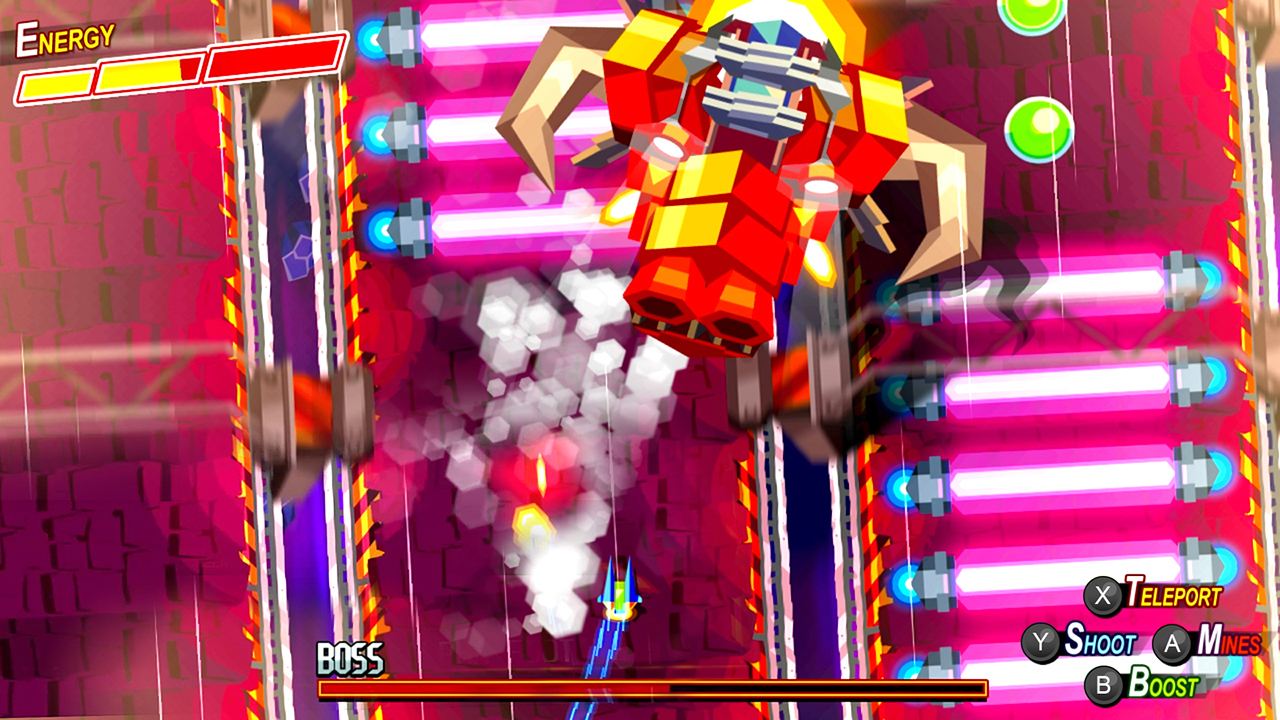 The game plays very tight and solid. You get the tight steering from the old Micro Machines combined with a big weapons arsenal for those shoot 'em up ingredients. In the racing levels you will focus mostly on the steering part, although you need to use your weapons tactical as well. The boss battles are more shoot 'em up-like and rely on your clever use of weapons. There's no need to hit the throttle when racing, since acceleration is automatic so the game comes down to steering and using your weapons. With a lot of buttons firing a lot of different weapons your hands will be busy anyway! However in the boss battles it is a shame you cannot stop and back up, this makes the battles unnecessary hard.

Also there is a catch to using weapons (including your boost). Doing so consumes energy, your one source of power. Getting hit means your energy decreases, and using weapons also costs you your precious energy. There are ways to gain it back, by hitting opponents with mines or by driving over recharge parts on the track. This constantly makes you micromanage your energy consumption. Can I risk to blow this guy off the track or will it cost me to much energy? This gameplay element is on the one hand quite interesting, since you really need to think about your playstyle. Being too aggressive often results in a self-destruct. In the races this really adds to the gameplay. In the boss battles however you rely solely on your weapons and your energy is depleted fast. You need to rely on mines to get it back but this really takes the tactics and fun out of these boss fights. 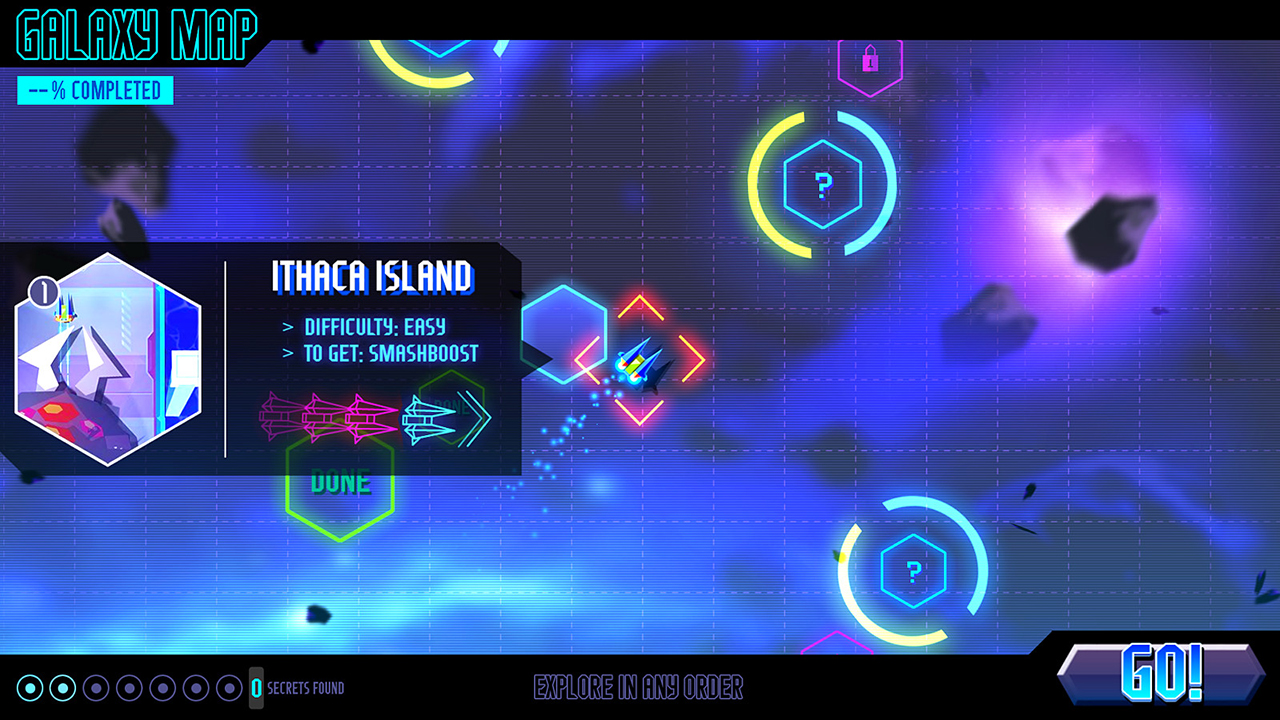 You can quickly go through the main game, it will only take a couple of hours. But then you have all weapons unlocked but you don't really get to use them except for some bonus missions, which are all time trials or high score levels. These are ridiculously hard so you either need Jedi reflexes or a lot of patience to learn them by heart. Each level is accompanied by a nice uptempo soundtrack. Graphically the game looks okay, but it doesn't pop. As mentioned before the artstyle is very nice though.

There is also a fast local multiplayer option, where up to 4 players race against each other. Instead of completing laps, the goal is to be the last driver in the picture. The camera is focused on the 1st position, and if you are behind and get out of the frame (by driving slow, off-track or being hit with a weapon) you are out. To speed up the process the picture gets smaller and smaller, making sure every round ends within about 30 seconds. Again, this is a fun mode but what this game needs is a big, online multiplayer where you can race normal races, knockouts or take on boss battles together. 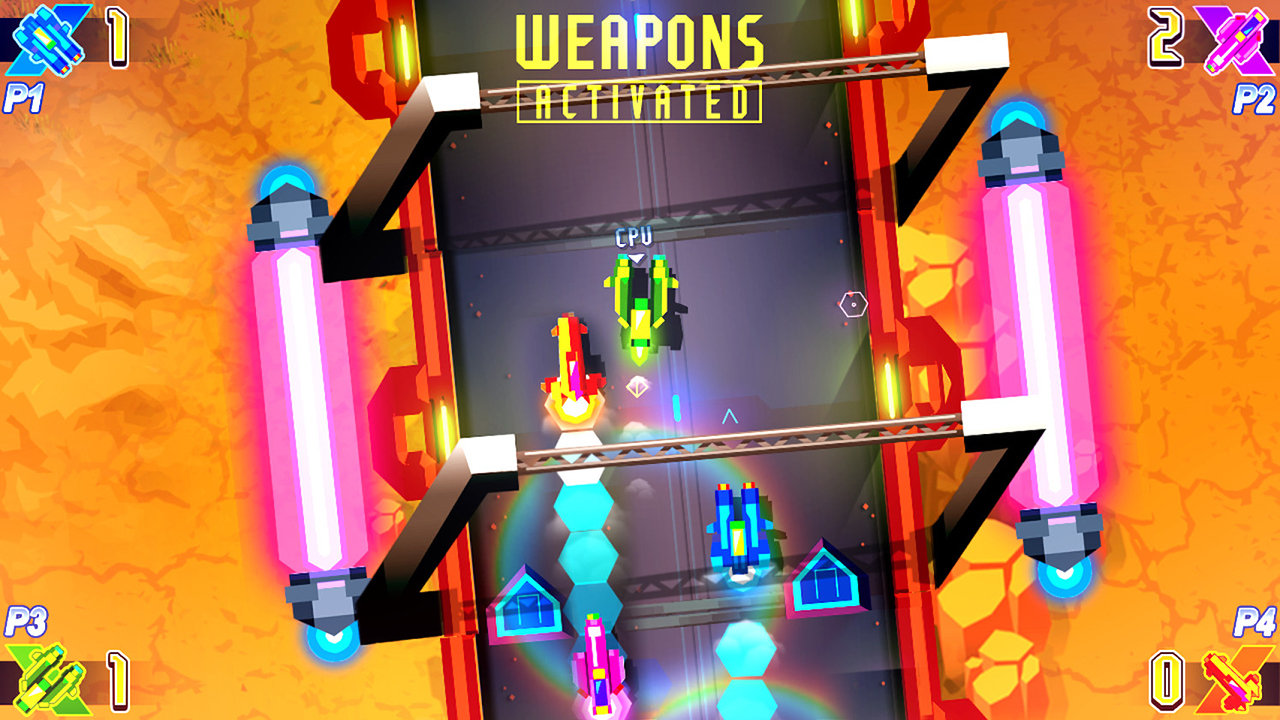 Is The Next Penelope a bad game? No. But it is also not a good game, not a complete game maybe I should say. Personally, to me it really felt like a portfolio/tech demo kind of experience. Although you really feel the love, effort and polish that went into this game, it could have been so much more. As I said before, all the ingredients are there. The genre mix is great, the setting is good, but it is just lacking in content, even for an indie game. What I hope is that creator Aurelien Regard takes this concept to a bigger development team and really dishes it out. If this game features more levels, a proper 4 player (online) multiplayer, and in general more time and variety to play around with the weapons and concepts, I would be happy to dish out 20, even 40 quid. Heck, Nintendo themselves should give this guy a call and help him turn this in an F-Zero spin-off. But right now the game is over before I can even get used to all the concepts, weapons and playstyles which is a damn shame.

The Next Penelope makes for an interesting play due to its great mix of racing and shoot 'em up. However the game is over before you really get to grips with all the weapons and concepts introduced. It is impressive for a one man game, but it could have been so much more.

The graphics and futuristic setting reminds of F-Zero, while the top-down gameplay on tight courses is reminiscent of a series such as Micro Machines