The Sinking City is the first game from Ukrainian studio Frogwares to come to the Switch. Despite being a rather small independent studio, they took up the ambitious challenge to create an open-world game. Frogwares most well-known titles are set in the Sherlock Holmes universe, but they now take a darker turn, as The Sinking City is inspired by the works of H.P. Lovecraft, the man behind creations such as the mythical Cthulhu.

It already shows in the opening scene, where the main protagonist (private investigator Charles Reed) is plagued by nightmares of dark creatures living in the ocean. He winds up in Oakmont, a city cut off from the rest of the world due to recent and unexplainable floods. With the promise of finding the answers to what is causing his nightmares in Oakmont, it is up to you to figure out the connections. Unfortunately the inhabitants of Oakmont look down on newcomers, and their mentality is pretty much quid pro quo and you will not get your answers for free. 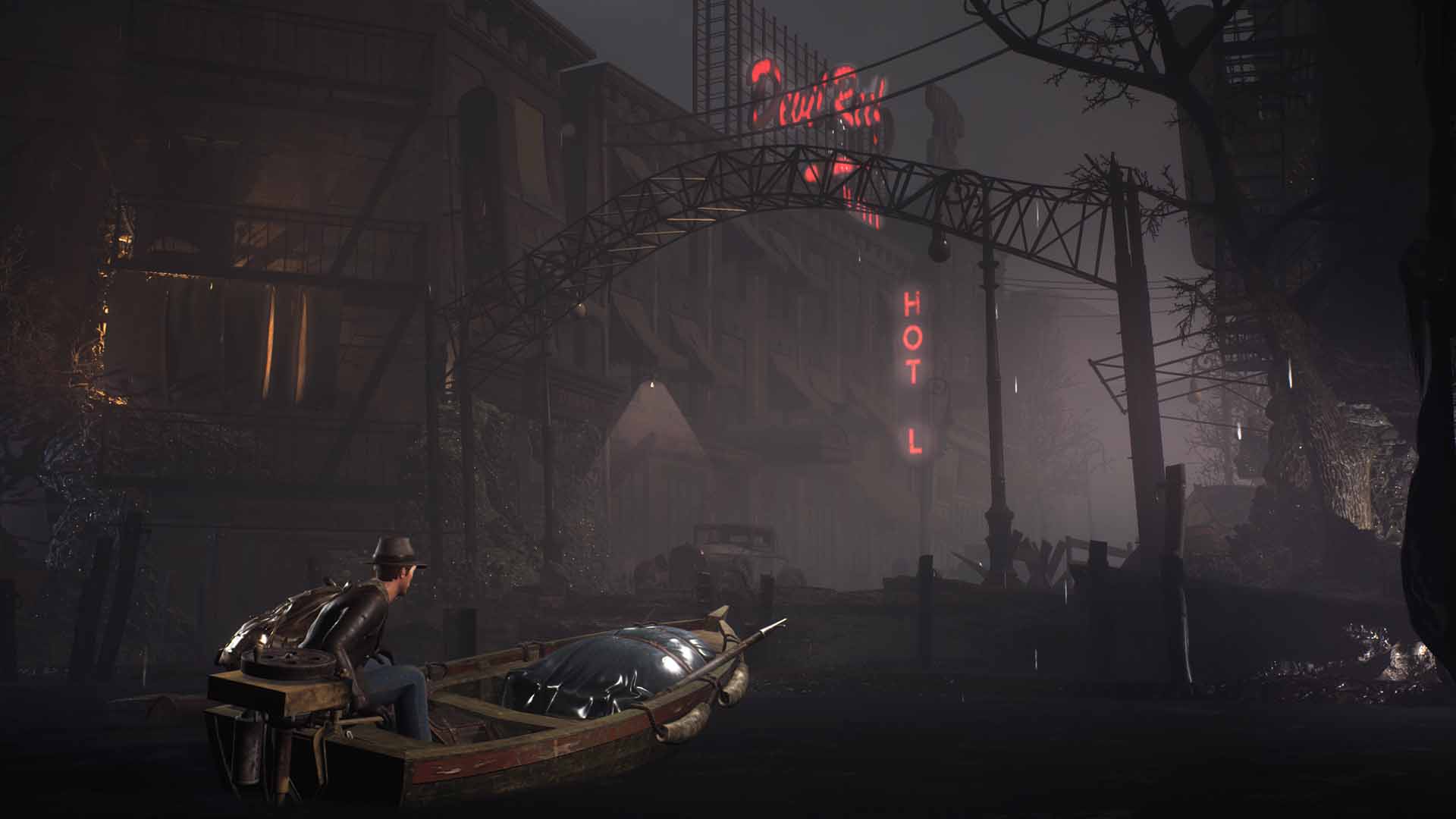 Pretty soon you are taking on jobs from one of the higher families in the city, and you are leading the investigation to a lost sea expedition. From there on it will not take too long before you get mixed up in a vortex of power play, corruption and the occult. It is up to you to follow up clues and tie essential hints together in your “mind palace” to reach the right conclusions. Players familiar with the works of H.P. Lovecraft will be able to make the most of the story, as various locations, characters and occult themes from his works can be found in The Sinking City.

As stated earlier the city of Oakmont is an open world, meaning you can go wherever you want from pretty much the start of the game. While the game does not hold you by the hand, you will find plenty of leads though on where to go. In your inventory you have a map handy, plus every clue you collect, handily grouped per quest. You can pin location hints on the map, or mark dangerous areas for your convenience.

There are dangerous areas aplenty, as the flooding of Oakmont came with a bunch of nasty side effects. Not only are parts of the city submerged and only accessible by boat. The city is clearly grimy and in decay, and some areas are infested with wylebeasts: otherworldly creatures that often pop up in building basements and threaten both your life and sanity. As the game is set in the 1920s, you are equipped with an (ever-growing) arsenal of weapons from that time such as a revolver and a sawed-off shotgun. Next to that you can make bombs and traps as well. Ammo is scarce though, so finishing side quests and searching cabinets for resources is essential. 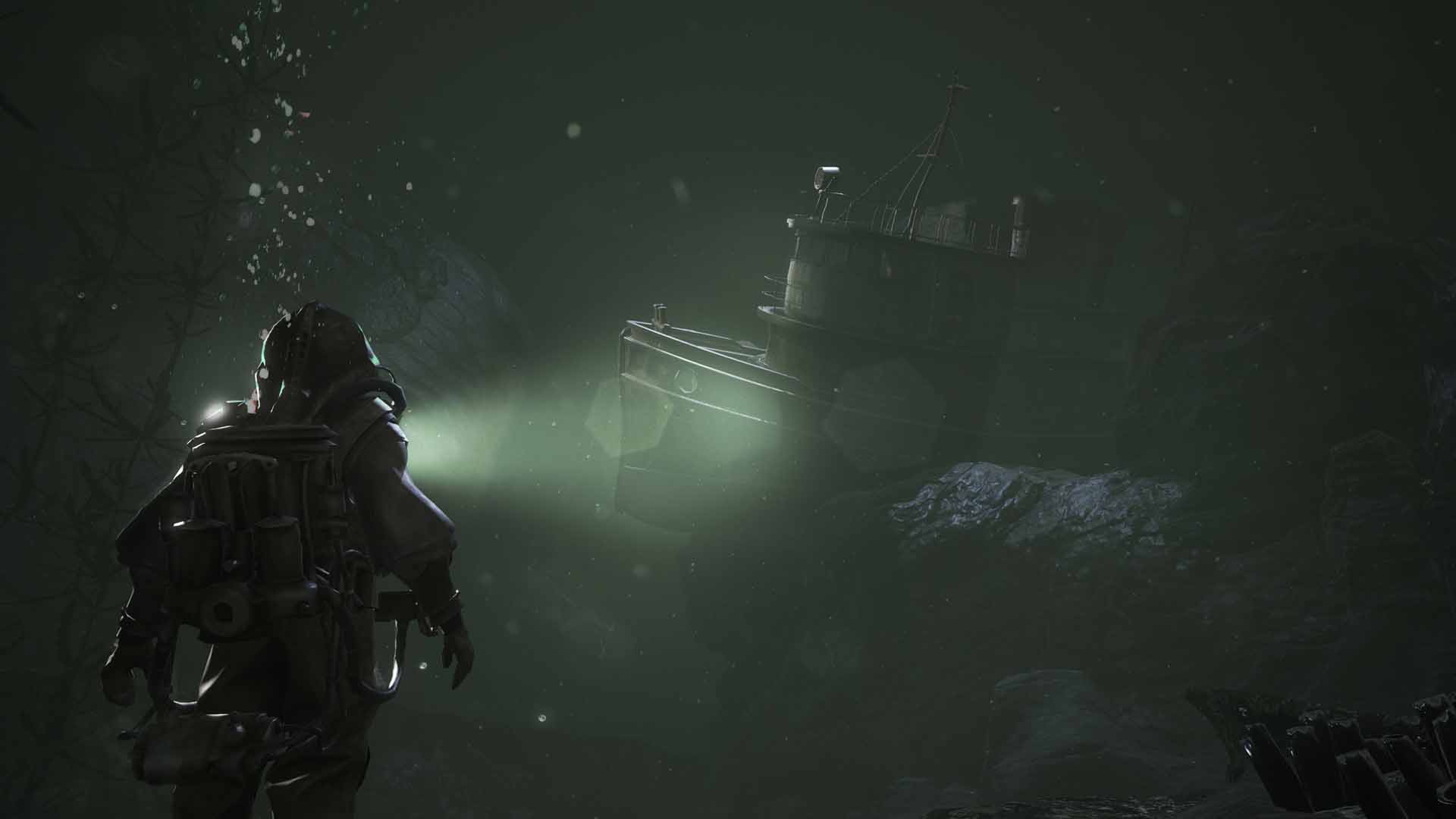 Unfortunately the combat part of the game is not its strongest point. Aiming is slow and clunky (even with aim assist on the highest setting), and the creatures move to fast in comparison. This can lead to some frustrating situations as you will often have the feeling that dying is not your fault. This could be somehow forgiven if the game puts you back into the action fast. However, loading times are long, especially after dying, and you will respawn at the nearest fast-travel point which can be quite some distance from where you were.

Luckily the biggest part of the game is not gunplay but detective work. Combining clues, finding your next useful location, taking pictures, asking questions. It’s all in a day’s work of a private investigator. Charles Reed does have an edge over other detectives though: he has the Mind’s Eye, which gives you a look at things unseen like hidden pathways or omens that point the way. When you investigate a crime scene and find the correct leads, this sometimes also opens the option to see events that happened there in the past.

Through your ventures you will meet up with a different cast of characters, and while some fall into the clichés of a 1920s mobster or the rich snob, there are some interesting personas to meet. All dialogues are voice-acted. There are moments where you are confronted with a choice; do one thing or the other. I will not go into much detail, but sometimes you have to decide about the life of one character or the other and often it is about choosing the lesser of two evils. This is where the game stands out most, as you can feel the burden of your choice weighing down on you, and they are hard decisions to make. 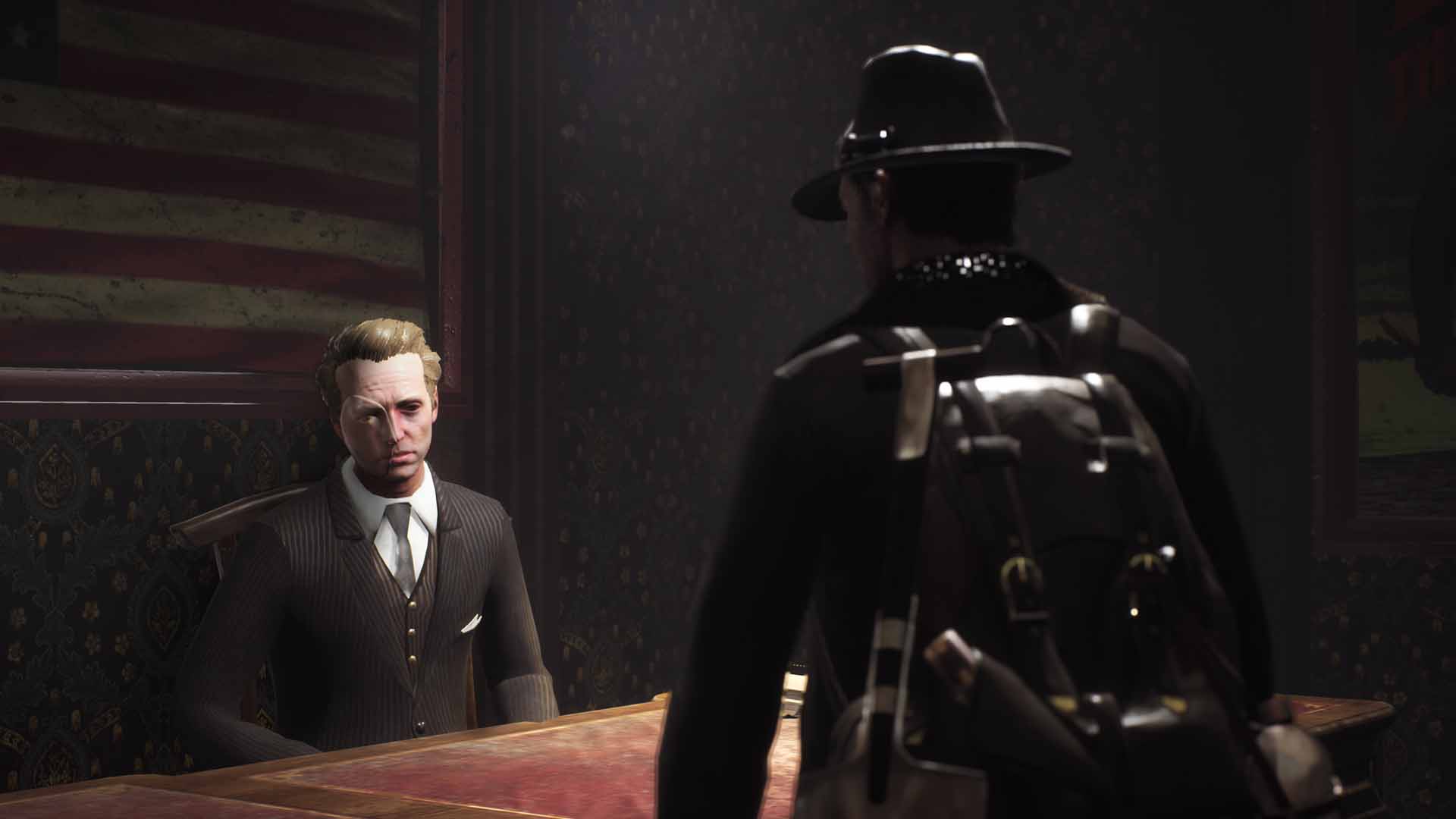 All in all it takes about 15 - 20 hours to finish the game, and more if you go for all the side quests. By the end of the story I felt the game slightly overstayed its welcome, as by then you know the routine of solving cases and reporting your findings, and I couldn’t shake the feeling of repetition. Luckily walking or boating through Oakmont is not a crime, as the city is looking good and the developers made a good effort in porting the game visually.

Yes, it is noticeable not as pretty as the PC or other console versions, but the game runs mostly smooth and handheld mode is very welcome in this story-driven game. Long loading times make it not pick-up-and-play, which is a shame as this game is good to tackle a few missions at a time. Maybe a future patch can decrease loading times further.

With The Sinking City Frogwares has made an ambitious choice by creating an open world. Porting that to the Switch may have been an even bolder move but they succeeded well. The dark occult-themed story may not be for everyone, but if that has your interest you are in for a solid adventure game. Especially the detective work is well executed, and has some clever mechanics like the Mind’s Eye to keep things interesting. The story does drag on a bit towards the end though, and the game is hindered by clunky combat action and long loading times. On the one hand you could easily forgive a relatively small studio like Frogwares for these shortcomings, but on the other hand it is a full-price title so you expect some degree of polish. The final result for The Sinking City lies somewhere in between.

Fans of H.P. Lovecraft will enjoy the story and references
Detective work is well executed
Very solid port that runs well in handheld and docked

It will not take too long before you get mixed up in a vortex of power play, corruption and the occult.